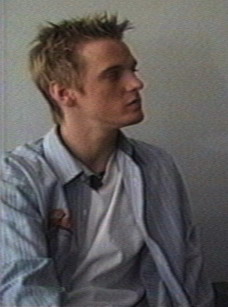 American rapper, singer and record producer Aaron Carter went all out in blaming and criticizing his mom in a sneak peek of "Marriage Boot Camp: Family Edition."

The 31-year-old hip-hop artist had his shot to fame when everyone else his age was still playing outdoors or doing homework at school. However, the former child superstar has his life spiraling down a while back, as he has been reported to be in a lot of trouble.

Aaron confronted her mom, Jane Carter, about the "lies" she told him when he was young. Aaron felt denied of having a normal childhood after working -- or perhaps while being forced to work -- in the entertainment industry when he was young.

A Life Full of Lies?

In the sneak peek of the show, Aaron blamed his mom for what has happened to him. He said that his mom continued to live in a lie. Her lack of acceptance on the full responsibility of his troubled present is what is making his situation worse.

Aaron confronted his mom about his money and how much he has earned through the years. However, his mother is continuing to deny rumors that they had their child work to earn them a living.

During the confrontation, Jane spoke up and said that she's not the only one at fault. Aaron, in a seemingly distressed mood, revealed that he was 12 or 13 when he felt everyone in the house was lying to him.

He recalled asking them how much money he was earning, but nobody would give the details. He pointed out that his mother, along with his father, was perpetuating all the lies.

However, his mother insisted that she is not be blamed for his unhappiness now. While she understands why he thinks this way, she asserted that her conscience is clear. She never lied to him, she insisted.

Mom Chooses Money Over His Happiness?

Aaron revealed he had his share of times when he would try to shy away from his entertainment job, but he was often unsuccessful. He blamed his mother for it, telling the press that he told his mom his desire to stop, only to receive lies so he would change his mind.

On the other hand, Jane asserts that in those situations, they would often sit down to sort it out. They would agree that it would be the last of his tours. Aaron, to this, said that every concert tour was promised to be the last, but it wasn't.

Aaron feels frustrated at the fact that he grew up pleasing others. His mom threw the argument back at him, saying he liked what he was doing, and that is the reason they continued on.

Former child actor, Corey Feldman however, can corroborate Aaron's side. He recalled a conversation between him and the singer about this topic. He said that Aaron wondered what life would be like if he lived it differently.

"While he was living a famous life, he wondered what life could have been if he were somebody else," Feldman revealed.

Jane rebutted and said that Feldman might be projecting his childhood experience with his own mother on aron's situation. She further emphasized that these were different situations altogether.

In an interview with Entertainment Tonight two years back, Aaron broke into tears when asked about the rift between him and his brother Nick. He blames Nick for abandoning him when he needed him the most. Aaron felt terrible when he was arrested allegedly for a DUI, but instead of reaching out to him, his brother tweeted about it.

Aaron has been estranged from his family for a long time. His brother and sister have obtained a restraining order against him as well.

Although the show aims to help bridge gaps between celebrities and their families, it looks like it's taking a different turn with Aaron and his mom. Past hurts are being reopened and the two just cannot see eye-to-eye.