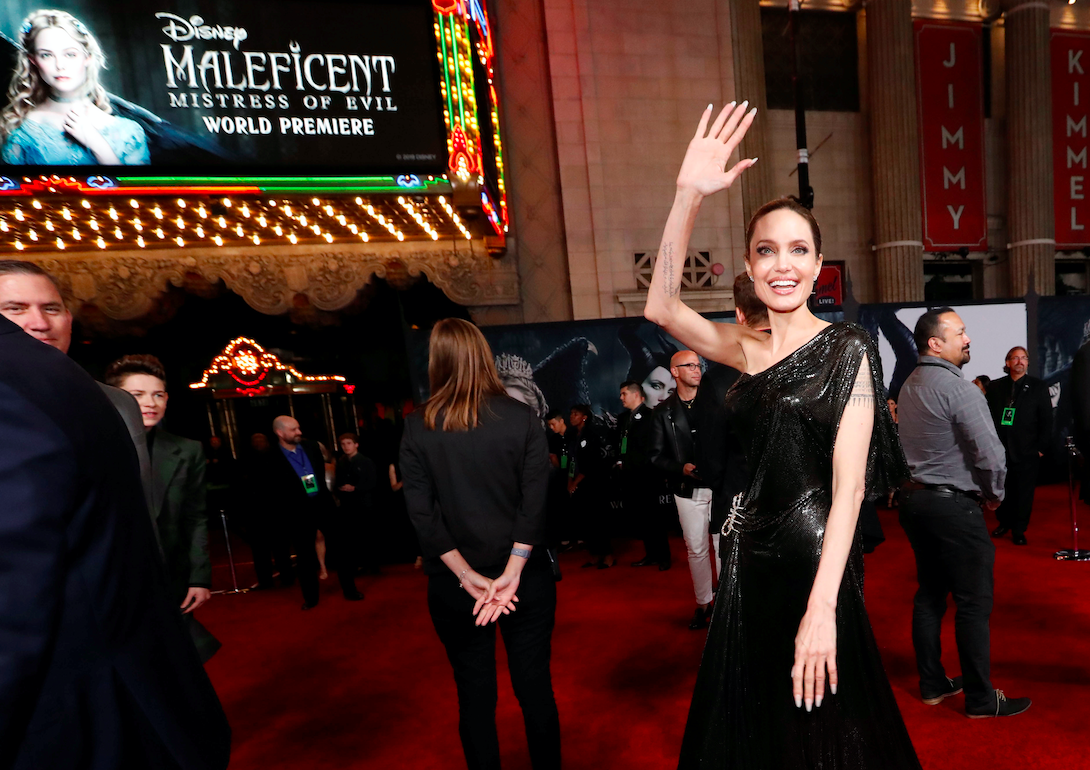 Five years after it's first installation, "Maleficent" came out with its sequel, "Maleficent: Mistress of Evil" -- a fantasy adventure based on the "Sleeping Beauty" villain.

The 2014 follow-up movie took off with $117 million in sales from 56 international markets. In North America, the sequel debuted with $36 million, a little shy from its expected $45 million.

Despite opening below estimates this weekend, "Maleficent: Mistress of Evil" easily surpassed other competing films, including "Joker" and Sony's "Zombieland: Double Tap."

Set several years after the first film, the sequel revolves around a war between fairies and humans. Angelina Jolie reprised his role as the "villainous" Maleficent, with Elle Fanning, Michelle Pfeiffer and Chiwetel Ejiofor also starring in the film.

The "Maleficent: Mistress of Evil" movie benefited as one of the few offerings accommodating to female moviegoers. The marketplace has been mostly conquered by male-titled films like "Joker" and "Gemini Man."

Far Less Sales Than the First

The sequel was unsuccessful in recapturing the appeal of the first "Maleficent" film, which opened with $69.4 million in North America on its way to $758 million in global ticket sales.

The result may mirror the lack of appeal of Disney's live-action re-creates among moviegoers. Other Disney flicks such as "Dumbo" and "Alice Through the Looking Glass" also underperformed previously, which is a bad sign for the production company.

Disney's president of theatrical distribution Cathleen Taff said, "Although it's not as strong as we hoped domestically, but it's a good start for October and we have a great window leading into Halloween. Most encouraging is the fact that audiences seem to be responding very positively."

Joker Still Has the Last Laugh

Although it fell to second place after two weekends at the top, "Joker" resumes as being strong box office contender. On its third weekend in North America, a total of $29.2 million was added to their gross.

"Joker" has grossed over $247 locally. Globally, it has earned $737.5 million, surpassing the whole grosses of "Justice League" and "Suicide Squad."

"Zombieland: Double Tap" is at #3 with an unanticipated $26.7 million. The original "Zombieland" film premiered in 2009 at $24 million and ended its box office run with a solid $102 million globally.

The movie is directed by Ruben Fleischer. The cast reunited for the sequel, with Emma Stone, Jesse Eisenberg, Woody Harrelson, Abigail Breslin reprising their roles in the zombie comedy flick. They were later joined by Zoey Deutch, Luke Wilson and Thomas Middleditch.

Fourth place is "The Addams Family," an animated family movie based on the macabre comics. It brought around $16 million.

With Halloween coming, "Maleficent" and other Horror and thriller films are expected to build momentum and gain more sales in both the local and global market.

It remains to be seen if Angelina Jolie's latest film will keep the top spot in the upcoming weekends, but it sure is brewing to be a great October battle between some entertaining movies.