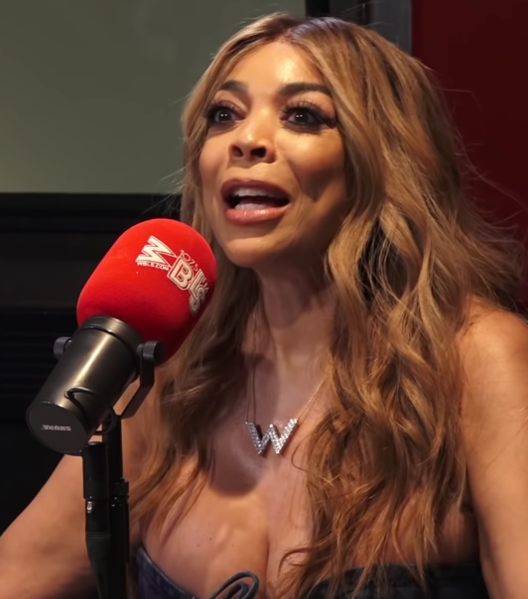 What is she complaining about? Wendy Williams didn't mince her words when she reacted to Meghan Markle's complaints about the difficulties of the royal life.

The documentary about Prince Harry and Meghan Markle's trip to Africa with their son, Archie, was released on Sunday (Oct. 20) as an ITV News Exclusive. It included an interview with the Duchess of Sussex, during which she was asked about how her life is after a year of being married into the royal family.

Markle didn't hold back and described it as "hard" and "complicated."

Being under the scrutinizing eyes of the public, particularly the British tabloids, Meghan said that their first year of marriage has been but tough. The documentary entitled "Harry and Meghan: An African Journey" features the royal couple with their son as they travel to Africa to get to learn more about the country.

It was an exciting new experience for everyone. It was also a good time for candid interviews with both Meghan and Harry.

During the interview, Meghan talked about how her British friends were delighted for her because they saw how happy she was. However, some of them warned her about how the British Press could destroy her life.

It didn't make sense back then. Now, she realized how naive she was.

Wendy Williams, however, does not agree.

She feels that Meghan knew exactly what she was doing. After showing a clip of the interview of Markle for the ITV exclusive, Williams reacted violently to how Markle described the royal situation. The TV host expressed how she applauds Markle for being honest about how she lives the royal life, but she completely disagreed by how she speaks of it.

"Do not try to gain sympathy from us," Williams said.

Williams believes that Markle was aware of what she was getting herself into. She continued by calling out the "British" girlfriend that Meghan spoke of who warned her about marrying Prince Harry. She referred to her as some "hating ass girlfriend".

Williams lashes back at Markle that either she names this British girlfriend of hers or admit that she's lying about it to get everyone's sympathy.

"Let's meet the friend who told her it was wrong to marry Prince Harry or admit that she said those for us to give her sympathy," Williams emphasized.

While Williams has some valid points, though, there is always the angle that the veteran TV personality has this love-hate relationship with the Duchess of Sussex from the time the former actress tried to get a job on the talk show as a model. Before she got her big break in the show "Suits," Markle did have a stint as a "briefcase girl" on Deal or No Deal.

Williams admits that she likes Prince Harry and Meghan Markle as a couple, but she sends out unsolicited advice to Meghan. She reminds her that the paparazzi are everywhere, particularly because she is now a member of the royal family.

"It's all new to you because nobody knew who you were before Suits. We didn't even recognize who you except for the time when you came to Wendy and applied to become a runway model," Williams said sternly.

In conclusion, Williams ended by giving Meghan some advice.

"You knew what you signed up for!" Williams said.

As of press time, Williams isn't the only one upset about Markle's interview. A source said that Prince William, Meghan's brother-in-law, is furious about Meghan's remarks about the royal family.

The future leader of the Royal Clan says that interview is damaging to the entire royal family and the tradition it lives by.