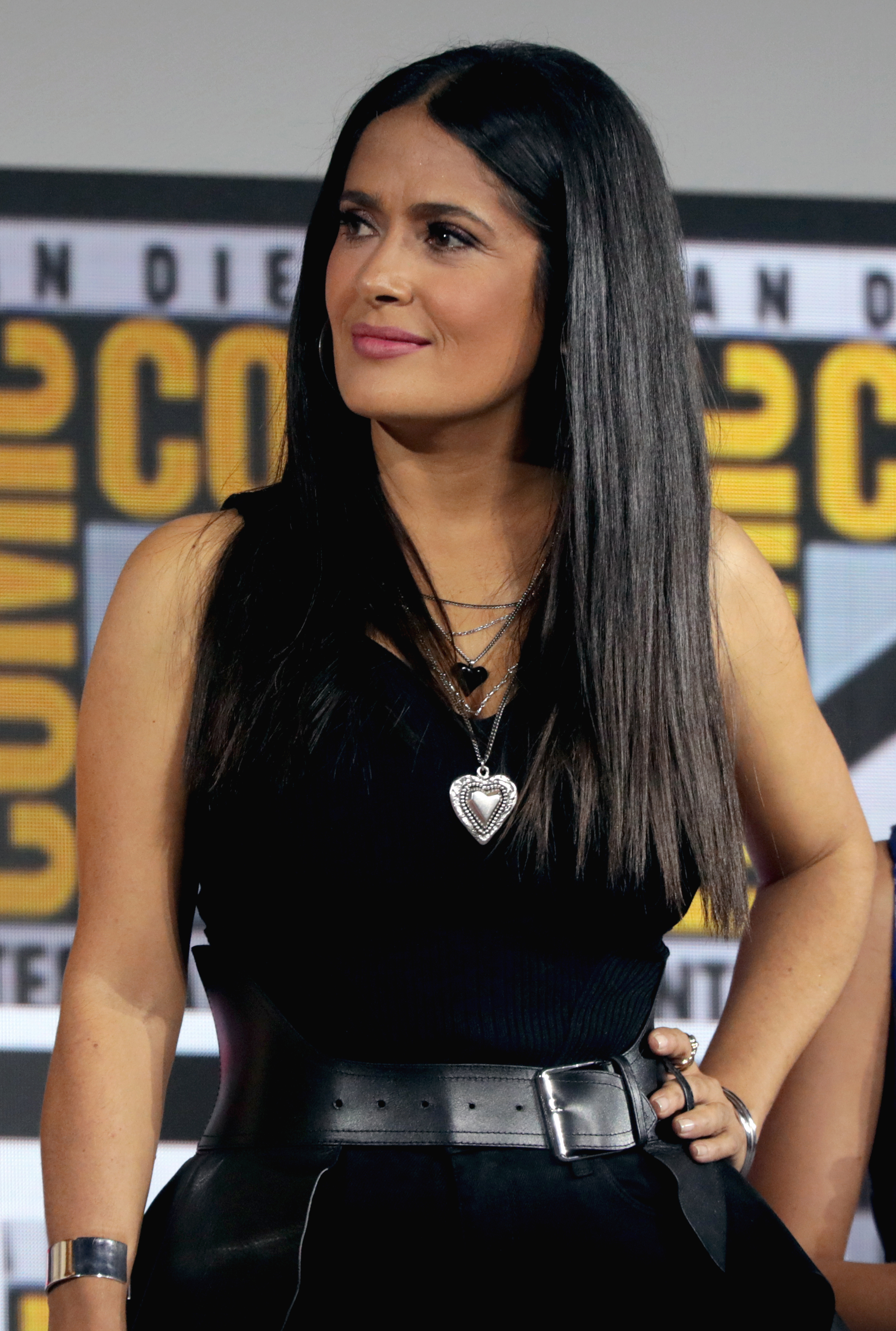 American-Mexican film actress Salma Hayek, 53, greets her friend Ryan Reynolds a happy birthday -- but not without a hilarious twist.

Actor, comedian, film producer and screenwriter Ryan Reynolds celebrated his 43rd birthday on Wednesday, Oct. 23. In a unique and humorous birthday greeting, Hayek posted an Instagram photo which featured a less than flattering angle of Reynolds, with a bottle of the latter's aviation gin. She also took this as a chance to remind her former co-star of the promise he apparently gave her for her birthday.

"Yes, Ryan, I am using your birthday to post this picture where I don't look so bad, while you look all beat up," the actress captioned as a good-natured joke. "And also I'd like to take this opportunity to remind you that you were gonna send me some Aviation gin for MY birthday AND THAT WAS ALMOST TWO MONTHS AGO," she added, referring to the American gin company Reynolds bought in 2018.

The actress continued: "If you want to see more pictures of yourself, please look at my stories... oh and Happy Birthday by the way."

View this post on Instagram
Yes, Ryan, I am using your birthday to post this picture where I don’t look so bad, while you look all beat up, and also I’d like to take this opportunity to remind you that you were gonna send me some Aviation gin for MY birthday AND THAT WAS ALMOST TWO MONTHS AGO... If you want to see more picture of yourself, please look at my stories... oh and Happy Birthday by the way. Sí, Ryan, estoy usando tu cumpleaños para publicar esta foto en la que no me veo tan mal, mientras tu te ves golpeadisimo, y también quiero aprovechar esta oportunidad para recordarte que me ibas a mandar unas botellas de tu ginebra “Aviation” para mi cumpleaños y que fue hace casi dos meses! Si quieres ver más fotos tuyas checa mis historias. Ah y por cierto, feliz cumpleaños. @vancityreynolds #aviationgin @aviationgin @samanthalopezs A post shared by  Salma Hayek Pinault (@salmahayek) on Oct 23, 2019 at 9:15am PDT

The birthday trolling, however, didn't end there.

Hayek posted photos on her Instagram Story which featured her "The Hitman's Bodyguard" co-star. The Oscar nominee captioned the photos, "Happy Birthday to one of my dear friends Ryan Reynolds. Love sharing the screen with you."

Well, she did indeed share the screen with him. Or at least, with slivers of the actor's face.

Each of the five photos in her story showed her and their fellow co-star Samuel L. Jackson in full. However, in every single one of them, Reynolds was hilariously cut out of the image.

Reynolds pulled a similar move in August when he greeted his wife Blake Lively on her day. To celebrate the actress's 32nd birthday, Reynolds did what he does best and gave his wife a day to remember.

Straying from the typical mushy pictures of husbands and wives, Reynolds posted a series of awkward photos of Lively. In the shots, she either has her eyes closed while she smiles or has an unflattering facial expression. A few pictures were also blurred, while some showed the actress looking away from the camera.

Lively gave him back the favor this Wednesday, as she posted a playful picture of her literally picking Reynold's nose.

Now, fans are just waiting for Reynolds to exact revenge on both Hayek and Lively.

Hayek and Reynolds worked together in the movie "The Hitman's Bodyguard," which was released in the U.S. on August 2017. Reynolds played the role of Michael Bryce, a top protection agent. Meanwhile, Hayek portrayed the role of Sonia Kincaid, Darius Kincaid's wife. Jackson was Darius Kincaid/Evans, one of the world's notorious hitmen.

The film received mixed reviews, praising the chemistry of Reynolds and Jackson and yet criticizing the clichéd plot and its execution. The movie's sequel, "The Hitman's Wife's Bodyguard," will hit the theaters next year, adding Morgan Freeman and Antonio Banderas to its cast.