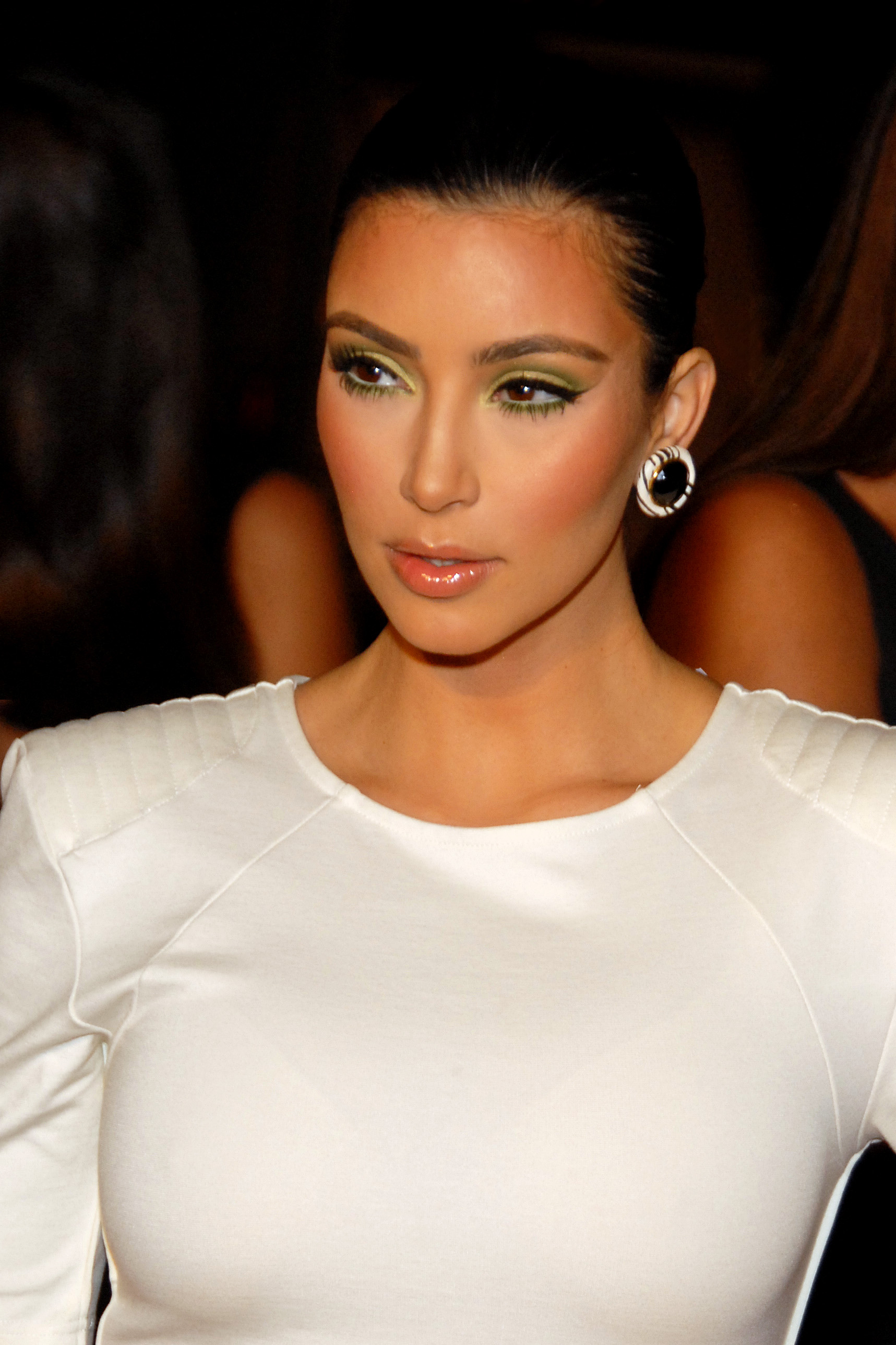 Kim Kardashian-West shared a cute moment with her son as she was getting ready for her vow renewal with five-year husband Kanye West.

In an episode of the reality show "Keeping Up with the Kardashians," the 39-year-old media personality shared her sweet engagement story to her three-year-old son, Saint. As she was preparing for the vow renewal ceremony, she showed her son the original diamond engagement ring that Kanye gave her for his proposal.

"Daddy and me, when we got engaged, Daddy gave me this ring. Isn't that cool?" Kim asked her son.

A curious little bun, Saint asked her mom about their engagement. Kim obliged and told him the story of the rapper's extravagant proposal October of the year 2013.

"We were actually on a baseball field in San Francisco," narrated the reality star. "Daddy got on his knee and was playing all this music and he said, 'Will you marry me?' And I said, 'Yes Daddy!' And so he puts the ring on my finger, and that's what happens when you get engaged. And that means you want to marry someone."

After such explanation, Kim handed Saint her engagement ring. The two recreated Kanye's proposal, with Saint pretending to be his dad It created such an adorable scene that will certainly melt anyone's heart.

"Will you marry me?" the child asked his mom, sliding the ring on her finger.

His mom exclaimed her affirmation: "Yes!"

Kanye proposed to Kim on her 33rd birthday in front of family and friends at San Francisco's AT&T Park.

Kim usually wears only a simple gold wedding band, and she is rarely seen wearing the aforementioned engagement ring, which is a 15-carat square diamond band courtesy of Kardashian-loved jeweler Lorraine Schwartz.

For context, Schwartz was also the one who designed Kim's previous engagement ring from estranged husband Kris Humphries. The latter ring was sold at a Christie's New York Magnificent Jewels Auction for a whopping $749,000.

Kim deciding not to wear her sophisticated ring all the time may be traced to the robbery incident she experienced three years ago in Paris, where she was held at gunpoint.

However, for this very special occasion -- when Kim and Kanye renewed their vows after their five years of marriage -- the mother of four deemed it fitting to pull out and rightfully flaunt her massive square-cut diamond.

The Kardashian has previously expressed how thankful she is to Kanye, per People. In an interview, Kim shared how she suffered from anxiety, with her new baby among others. An unfailing pillar of support, Kanye stepped up and became the most amazing dad to their children.

As a means of showing her gratitude, Kim decided to throw a private vow renewal celebration for their anniversary. It felt special, Kim said, that all of their kids were there and everyone in her family was coming over.

The actual ceremony was not filmed, but Kim --  in her white dress for the occasion -- read on-camera the opening line of the vows she wrote as a surprise for Kanye.