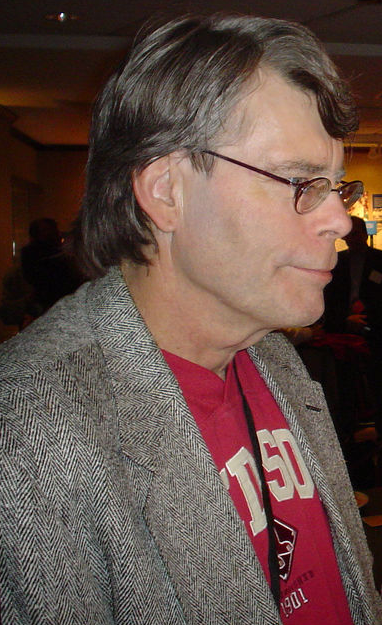 With the scare season hitting its peak, horror movies and specials are starting to fill the television lineups. TV networks and premium channels pull out their lists of the Halloween scares that would give their viewers an ultimate ghostly experience.

For those who are looking for some nerve-wracking movies that would make your heart beat doubly faster, give you goosebumps and make you stay up all night, a few websites and threads are available over the net to give you recommendations on the best horror movies you should pick to watch. To name a few, TIME magazine and Elle has collated their own lists to help movie junkies start their bloody marathon.

However, mixed in with the numerable lists of classics in the suspense/thriller genre are a couple films that are not quite... it. And Stephen King didn't waste a chance to point that out.

The mind behind applauded works such as 'It,' 'The Shining' and 'End of Watch,' Stephen King is certainly worthy of being dubbed as the King of Horror. And as a reliable voice in the spine-chilling genre, King wasn't able to stop himself from poking at Starz's list of 'Halloween classics.' The best-selling author took his sentiment to Twitter yesterday, writing that he disagrees with 'Seed of Chucky' and 'Freddy vs. Jason' being included in the list.

Among its “Halloween Classics,” STARZ lists SEED OF CHUCKY and FREDDY VS. JASON. Uh, no.— Stephen King (@StephenKing) October 24, 2019

Many fans agreed with him, pointing out the "mischaracterization" that oftentimes happens in streaming platforms. They started pointing out their opinions as they went and dropped movie titles that they think deserved to be included in the list. There were also a few fans who went to the comment section to stand up for the two films mentioned by King, but their voices have mostly been overshadowed.

'Seed of Chucky' is a 2004 film of the slasher/thriller genre. It was the fifth installment of the 'Child's Play' series, serving as the sequel to 1998's 'Bride of Chucky.' Kim Newman of Empire described the movie as "a worn out succession of gory, meaningless, hard-to-enjoy deaths" with "too many puppet arguments."

On the other hand, 'Freddy vs. Jason' is a 2003 slasher/mystery film. It served as a crossover between 'A Nightmare on Elm Street' and the 'Friday the 13th' series, pitting Freddy Krueger and Jason Vorhees against each other's throat. Nell Minow from Common Sense Media criticized the movie and said, "Outside of the title characters, the cast is uninteresting, even interchangeable; they're only there to get killed anyway." He further called the plot ridiculous, pointless and complicated. "It's just an excuse to have two of the scariest guys in movie history fight each other with much carnage," he claimed.