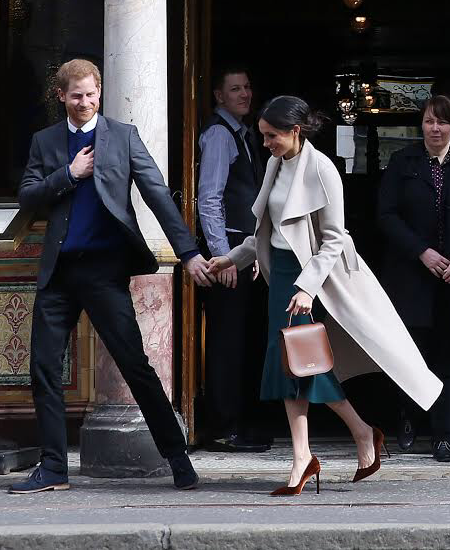 Prince Harry and Meghan reportedly Markle have plans to take six weeks off from their royal duties to spend more family time.

The release of their exclusive documentary on ITV has put the royal couple in hot water, and it seems they want to forget about that even just for a month and half.

Now, one of the couple's closest friends have spoken to defend them for taking a leave.

In an interview with The Sunday Times, Justin Welby -- the Archbishop of Canterbury -- responded to the reports that the couple will be out for a couple of weeks to spend some family time together. He was the one who officiated the royal wedding of Prince Harry and Meghan in 2018.

"They are under a lot of pressure. The people outside of the royal family could not possibly imagine the intensity," Welby, 63, said. He further emphasized how difficult it must be for Harry and Meghan when every action they make is scrutinized.

No Need to Criticize

Accordng to Wesby, the news about the Duke and Duchess of Sussex taking a leave from royal duties is normal. In fact, if people looked at it as a job, they intend to take on the leave that is much less that what everyone is entitled to.

The Archbishop of Canterbury further said that the two are not superhumans, so people should understand why they are taking on the vacation towards the end of the year.

Wesby also expressed his wonder why such leave of absence should be a point of criticism. He said that every employee in the country is given such privilege, so why should the royal couple be any different.

"They are not superhumans," Welby said. "They are remarkable people, but the extra blanket of burden is making things even more challenging."

Earlier this month, a royal source confirmed to PEOPLE that Harry and Meghan have plans of spending Thanksgiving in the US. They will take off the royal duties and will be spending weeks with just their family of three.

The couple has been under the scrutinizing eyes of the public, but they became the talk of the town after the documentary about their trip to Africa was released.

The documentary revealed a lot about their royal life. At some point, the Duke and Duchess have also strayed away from common courtesy expected from the members of the royal family. Meghan, particularly, spoke of the complaints she has about the royal family and their lack of support for her.

Prince Harry and Meghan will be on leave from their royal duties, but everyone will still be looking closely at them. How they spend family time together will still be under public judgment.