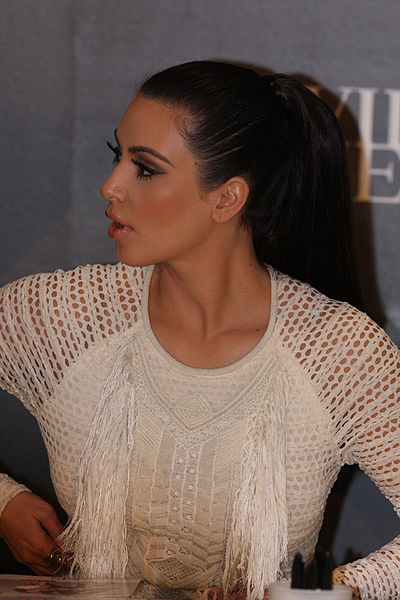 Celebrities have been giving it their all when it comes to picking their Halloween costumes. The season certainly sparked their creative minds, and of course, celebrity kids wouldn't let themselves be left out.

Kim Kardashian's daughter, North West, wore a devil costume for Halloween. She matched it with a crimson nail polish and bright red lipstick, amid the fact that her born-again Christian dad Kanye West has implemented a strict ban on her wearing makeup.

In a photo posted on Instagram by Kourtney Kardashian this Thursday, the six-year-old could be seen with a friend and her cousin Penelope Disick. She was wearing a long red dress with blood-red feathers tied around her waist and wrists.

North also had a pitchfork and matching heels, completing her devilish Halloween look. Her cousin Penelope, on the other hand, can't seem to decide whether she would be an angel or a devil --she wore a half-white and half-red costume on top of her horns and halo headdresses!

As seen on the picture, the three of them were totally dressed up for the morning Halloween parade at their elementary school.

On a recent interview with E! News, Kim Kardashian admitted that his husband's new conservative rules are causing tension in their household. West is adamant on making a change in their family, and this change extends to the use of cosmetics of their eldest daughter.

"North is trying to get in on the makeup, but she's being blocked heavily because her dad has stopped all makeup for her until she is a teenager," the reality star said.

Kim said that the topic has caused "a big discussion" and "a big fight" in their family, but she also thought that it was for the best.

"I think as a parent you just learn and figure it out as you go and we realized we didn't really want her to wear makeup at a young age but she sees her mom putting on lipstick and lip gloss."

Last Sunday, the young North stole the stage at her father's "Jesus Is King" Sunday service. The girl sang along with Kanye, and at one point, the rapper gave the mic to his daughter. North didn't waste her chance to make the most of that special father-and-daughter moment, proving that she has the blood of a performer.

West has recently dropped his album "Jesus is King" and is reportedly about to drop another album for Christmas, "Jesus is Born."