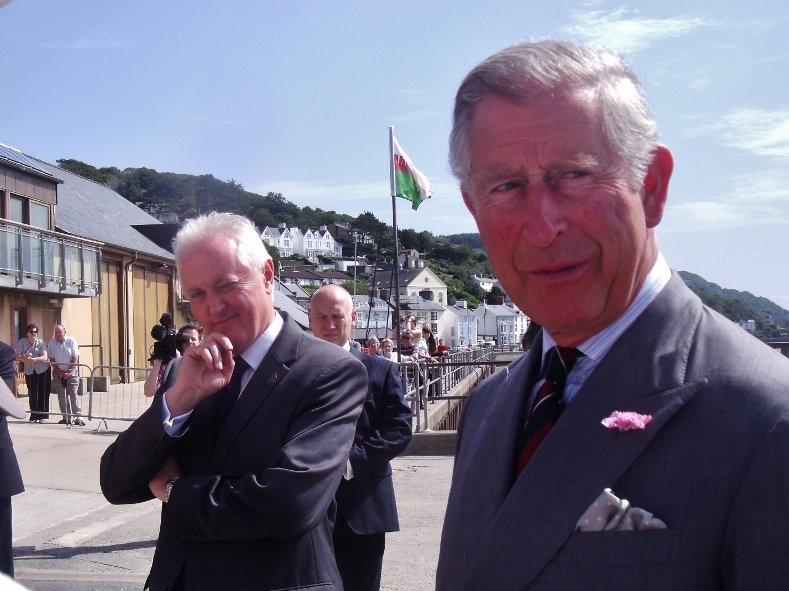 Recent years have shown Queen Elizabeth II's softer side. After all, she is a mother as much as she is the British monarch.

So in celebration of her firstborn child's birthday, the Queen shares a couple of photos of Prince Charles of Wales.

The first photo was a recent photo of the heir apparent dressed in traditional Scottish attire at the Castle of Mey. The photo was captioned: "Wishing the Prince of Wales a very happy birthday!"

It was a similar greeting to the Kensington Royals'. However, the Queen was the first to greet Prince Charles.

The second photo  showed a throwback black and white image. It was a family photo with Prince Philip carrying Prince Charles as an infant and looking on was Her Royal Highness Elizabeth Windsor, who was yet to become Queen at the time.

According to Express, baby photos are traditionally considereing embarrassing.

Queen Elizabeth II is making every effort not just to tie the nation together, but to keep her family together as well.

After the birth of Anne, Princess Royal, Elizabeth Windsor was crowned Queen. Anne and Charles were left to the care of their nannies.

Prince Charles also grew a fondness for his grandmother, the Queen Mother. When she passed away, Charles, in his eulogy, revealed that Queen Mother was everything to him.

Today, the Queen is increasingly becoming more attentive to her brood. She has finally accepted Camilla, Duchess of Cornwall for her son Prince Charles. It is widely known that Camilla is Charles' first love, even when he was forced to marry Lady Diana Spencer.

Prince Charles' Relationship with His Parents

Prince Charles was known to have a stronger bond with his dearest grandmother and his nannies more than his own parents.

After his mother's coronation, Prince Charles rarely saw his parents who would see to their royal duties. At times, they would be gone for six months abroad.

Philip, the Duke of Edinburgh, would refer to his son as a romantic -- but he was not. With that said, they could not see each other eye to eye on many things. Prince Charles would also refer to the Duke as a harsh and hectoring father.

It would seem like history repeats itself over and over. Prince Philip did not grow up with a loving father figure, and so Charles did too. Prince Charles' relationships with his sons are not any better.

But at a time of momentous joy and celebration, all pains are put aside. The Queen, Prince Philip and Prince Charles' sons William and Harry, all greeted him on his special day. Though their relationships are not perfect, the royal family continues to respect and love each other.