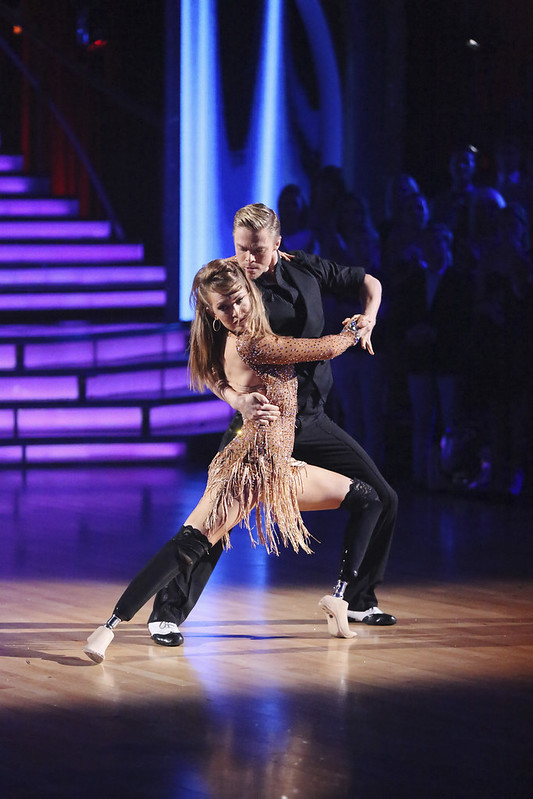 "Dancing with the Stars" pro Derek Hough had a health scare earlier this week that led him to the hospital for surgery.

Hough updated his more than 2 million followers on Instagram that he recently had to lose one of his organs. On Instagram Stories, the DWTS alum was seen on a hospital bed, telling his fans what had happened to him.

Derek recently came back from a trip to South Korea. Upon landing in the U.S., he felt a strong pain in his stomach. His condition reportedly worsened, yet he declined to see a doctor as he was tired from his flight and wanted to sleep.

However, Hough was awoken at 3:00 a.m. with a very sharp, localized pain in his lower right abdomen. He did a quick search of his symptoms online and found out his appendix might be at risk.

Good thing his girlfriend, fellow DWTS alum Hayley Erbert, was there to drive him to the hospital. Derek revealed that he had to crawl to the car in pain.

Upon arriving at the hospital, doctors broke the news: Derek Hough had acute appendicitis, a more common surgical problem. Hough decided then and there that he would go into surgery.

The 34-year-old celebrity had an appendectomy to remove his inflamed appendix before it ruptured. The operation took about an hour and was conducted under anesthesia.

Hours after the successful operation, Derek was already on his feet giving his girlfriend a "sexy little dance" as a thank you. Erbert stayed by his side in sickness and health.

In his sexy dance clip post-surgery, Hough held his hospital gown high above the knees and does a little knee-jerk. His facial expression was way sexier, to be honest.

View this post on Instagram
Woke up at 3am with a severe and a sharp pain in my abdomen. Knew something wasn’t right. Turned out it was appendicitis and had surgery to remove my appendix straight away. This is me immediately after, still a little(a lot) medicated, giving @hayley.erbert a (sexy) little dance. Me: Is this doing it for you babe? Hayley: So hot. Thank you for lying to me babe ;) A post shared by  Derek Hough (@derekhough) on Nov 16, 2019 at 2:22pm PST

Hough admitted to being groggy from medication during the dance. The "World of Dance" judge also shared a conversation he had with his girlfriend:

"Is this doing it for you, babe?" asks Derek, to which his girlfriend replies, "So Hot!"

Hayley commented that there was nothing sexier than Derek dancing in his hospital gown and blood clot compression device on his legs.

Julianne Hough's brother is yet to be engaged. He is currently busy with "World of Dance" Season 4 as well as a possible variety show and a holiday special with his sister Julianne.

Meanwhile, appendix removal can cause a scar. So Derek Hough may be keen to have scar treatment after surgery. Derek did not reveal if this was his first surgery, however.