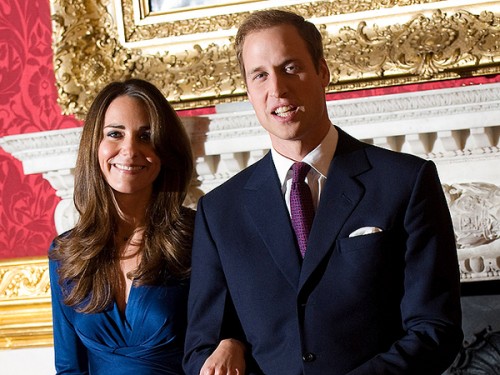 Monday was a buzzing day for Prince William and Kate Middleton.

In the afternoon, the Cambridge children came home to see their parents getting ready for a special event. Prince William and Kate Middleton were set to attend the Royal Variety Performance on their third year.

Early in the day, the Kensington Royals managed to update their Instagram followers to let them know of their plans for the evening.

They first shared a photo of Queen Elizabeth II at the event in 1952. The Queen is a patron of the Royal Variety Charity for which cause the annual event takes place. It seeks to supports retired entertainers in the U.K.

The Kensington Royals also posted throwback photos of their first appearance at the event in 2014 and when they came back in 2017. The years between had Prince Harry (2015), Prince Charles and Duchess Camilla (2016), and Prince Harry and Meghan Markle (2017) attend in behalf of the Queen.

270.7k Likes, 728 Comments - Kensington Palace (@kensingtonroyal) on Instagram: "This evening The Duke and Duchess of Cambridge will attend the Royal Variety Performance at the..."

The Kids Wanted to Join in the Date Night

At the event, Kate could not help but talk about her children. She told this story as she was speaking with the cast of Mary Poppins:

Seeing mom and dad get glammed up got the George and Charlotte giddy with excitement. Their parents had told them about all the singing and dancing at the event. Of course, they wanted to come, too!

Kate knew better not to have her school-aged children up past their bedtime. So, she had to use a firm but kind voice and said, "not on a school night" adding that perhaps in another time her children can watch Mary Poppins perform live.

A Special Night for Mom and Dad Only

William and Kate got a break from their parental duties on Monday.

Kate's hair was styled in her signature blow dry showing off her Erdem hoop earrings.

As the couple made their way up a few steps to the Palladium Theatre, London, the Duke placed his hand on his wife's back.

Kate was presented freshly-picked flowers from the charity residence at Brinsworth House, with 10-year-old Lydia presenting Kate the flowers.

Meanwhile, eight-year-old Oliver handed the programme to Prince William who also bent down and said something that made the little boy chuckle.

Comedians Rob Beckett and Romesh Ranganathan were hosts of the night. They introduced the royals as the Duke and Duchess of Cambridge on their "date night."

Ranganathan added that he too had three children. So he wondered, when the Cambridge children rush to greet their parents in the morning, do they think, "Why did we do this?" making Will and Kate break into laughter.

Look at these lovebirds -- eyes only for each other -- on their date night:

386.7k Likes, 1,950 Comments - Kensington Palace (@kensingtonroyal) on Instagram: "The Duke and Duchess of Cambridge attended the Royal Variety Performance at the Palladium Theatre..."