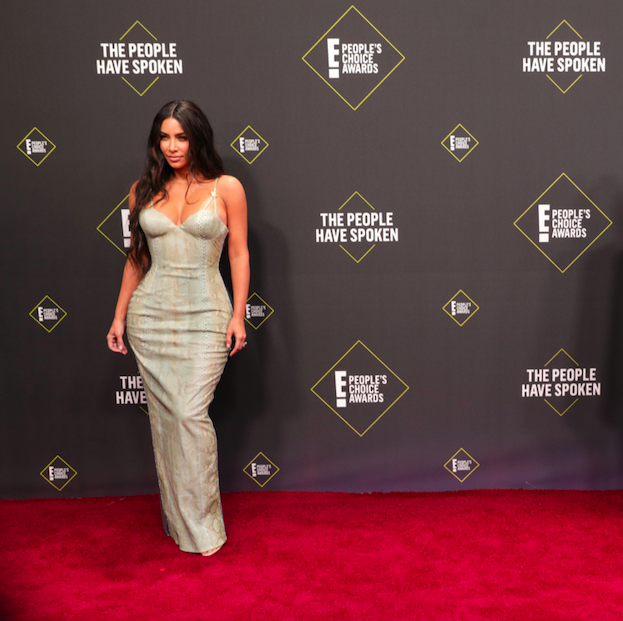 After Kanye West removed all of her daughter's makeup collection in her room, the newly-religious rapper forgot to take her jewelry -- which, of course, caused significant debate in the internet world.

Though the little Kardashian's smile was bright, eyes were drawn to the shiny object on her nose.

On Sunday, six-year-old North West happily showed off her nose ring at Joel Olsteen's morning service at Lakewood Church, Houston. She was with her mom Kim Kardashian and her dad.

The schoolgirl wore the gold ring between her nostrils along with other jewelry such as earrings, necklaces and bracelets.

For what it is worth though, the septum ring is entirely fake.

Whether real or fake, people on the internet were not too pleased with the fact that North was rocking a fake piercing for her age. The parenting police came after the KKW Beauty mogul for allowing her daughter to wear one.

"Is that a nose ring in North? SMH! She's only 6 years old!" one fan commented.

"Why does North West have a nose ring?! She's a child!" another said.

Not the First Time

When Mary Jo "MJ" Campbell, the Kardashian-Jenner's grandma, turned 85 in July, North also had a nose ring on. In a post Kim shared at the time, she made sure to clarify it was not real by captioning the picture with, "Fake nose ring alert!!!"

In September, North's choice of accessory also made news when she wore her mother's enormous hoop earrings while on vacation in the Bahamas.

While hoop earrings and nose rings get the green light in their household, makeup is a big no-no. As mentioned earlier, West put a stop to his eldest daughter's love for makeup. North was not happy, of course.

Speaking to E-News, Kim said that her daughter was trying to get into makeup, but she is being blocked heavily because "her dad has stopped all makeup for her until she is a teenager." At that time, North wore a bold lipstick and heavy eyeshadow.

"It's a big discussion, a big fight in the household right now, but it's what's best,: Kim said.

Though the mini Kim may not be able to play with makeup just yet, her mother reassured that North is "absolutely" allowed to "weigh-in" on fashion choices. Additionally, instead of makeup, she is making North focus on skincare instead.

Speaking to Allure in October, Kim said that North found it fun to do a face mask.

"I'll get her sheet masks, and if she's having a sleepover, she'll have a mask with the girls. They think it's funny for some reason. They find it so fascinating."