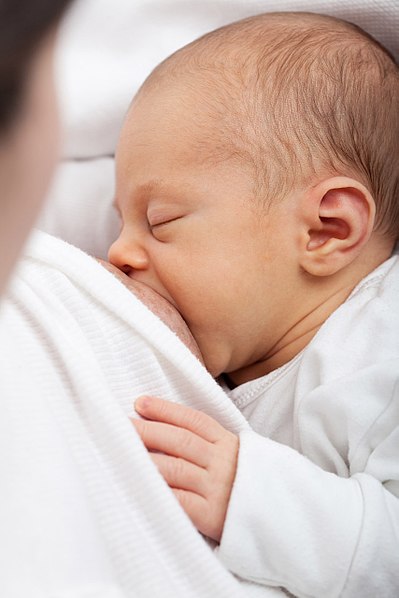 Carly Waddell has given birth to a healthy baby boy last week, and sure enough, congratulations are in order!

The "Bachelor in Paradise" star and her husband Evan Bass welcomed their son on November 12. They named him Charles 'Charlie' Wolfe.

Since their son was born, however, Waddell described their life as "beautiful and painful" all at the same time.

It has only been a week since Carly gave birth; nonetheless, she already experienced difficulties making her son drink breast milk.

"I had all these hopes that postpartum this time would be easier. But I ache. I am healing, but I am in pain," Carly wrote in a lengthy Instagram post.

"I was hopeful that breastfeeding Charlie would be different, but it was not"

Carly could not help but compare it to the experience she had with her firstborn -- Isabelle 'Bella' Evelyn. She recalled that their firstborn suffered for months -- vomiting and indigestion -- until Waddell decided it was time to try giving her formula. It was only then that she became a happy baby, Waddell said.

"I had to stop breastfeeding," Carly admitted. The mom of two, 34, revealed in her IG post on Wednesday that she has decided to give her son formula milk. She opened up to her followers, posting a picture of herself holding cabbage leaves to help manage the pain from her engorged breasts.

View this post on Instagram
It’s been a week since Charlie was born, he is the greatest blessing and one of the greatest lessons for me as a mom. I had all these hopes and dreams that postpartum would be easier this time. But I still ache. I’m healing. I’m tried. Bella was such a colicky newborn. She cried and cried for months. Threw up. Had gas pains. I breastfed for months because that’s what I was told was “best”. When I changed Bella to formula, she was a new, happy little baby. This time, I had hopes that Charlie would be different. But it just isn’t the case. I decided to stop breastfeeding and try him on the same formula Bella was on, and within a bottle or two he was so happy. He stopped crying. He could relax. He could sleep. He smiled. There is such a stigma about breastfeeding. If you don’t do it, you don’t care about your children’s health. You don’t love you kids enough. You’re being selfish. You just aren’t being a good enough mom. Honestly, I know my comments will prob be full of people telling me all sorts of things I could have/should have done to make it work for us. But the one huge thing I found this time is that I made a really hard decision within myself as a mom to listen to my gut about what was best for my child. And you know what...it worked. He is soooo happy and that is all that matters. I wanted to be real and thank you guys for checking in with me on how I have been doing this week. It’s been beautiful and painful at times. Thank you for all y’alls love and congratulations. It means SO much to me #cabbageleavesforthewin A post shared by  Carly Waddell (@carlywad) on Nov 20, 2019 at 10:14am PST

The Stigma of Breastfeeding

Carly admitted that her decision to stop nursing her child is not what other moms would agree to. Some would say that it is not the "best" for the baby. Yet, Waddell has decided to make the switch.

Waddell shared that since they gave Charlie formula milk, he has become more relaxed, able to sleep through the night, and is smiling anew.

The newly minted mom-of-two said that when they decided to stop breastfeeding, within a bottle or two of formula milk, the baby looked so happy and at peace.

Waddell added that she prepared herself for the backlash of her post, but she knew what was best for her child.

The stigma on breastfeeding makes it hard for mothers like her. After all, there is these thoughts that: mothers who do not breastfeed and choose formula milk do not care about their child's health do not love their children as much.

However, Carly continued in her post saying, "I am following my gut about what's best for my child."

Breastmilk or formula milk, there is really no need to judge. What is important is that the child is loved and fed.