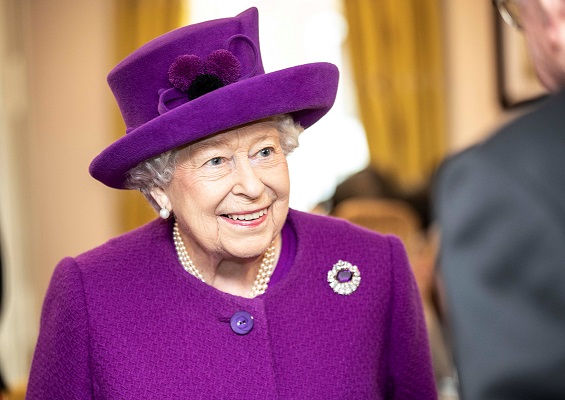 Queen Elizabeth II met the love of her life at 18. She was determined she would only marry him.

The Queen did not have it easy, though. At a young age, she had to fight to be with the love of her life. King George VI -- Elizabeth's father -- had his share of reservations about a young naval officer, Philip Mountbatten. The whispering courtiers did not help at all.

The dashing officer had set his eyes on the young Princess Elizabeth and she felt the same way.

Seventy-two years after their royal wedding and the couple still have the hots for each other. Theirs is a strong relationship grounded in true love.

Happy 72nd Wedding Anniversary to The Queen and The Duke of Edinburgh, who were married on this day in Westminster Abbey. #HappyAnniversary pic.twitter.com/5zECFPmOqj — The Royal Family (@RoyalFamily) November 20, 2019

The young couple, then, was no different from Prince Harry and Meghan Markle.

When the news about Harry and Markle's relationship broke, Prince Harry received a lot of criticism. Some people advised him against his relationship with the american actress, who was known for her lead role in the series "Suits."

Queen Elizabeth II could relate to this. She went through it herself.

The late Sir Edward Ford told People that the older members of the royal family, back then, were concerned about Elizabeth. The older generation friends of the King, like Lord Salisbury, thought that the man she was with was not suitable for her royal stature.

Some thought that the young Elizabeth should be with someone of royal stature like her.

They sniffed around to see what he was like. But Ford noted that Philip had the kind of inner confidence that he would dare announce to the world how in love he was with the young Elizabeth.

The line between following royal orders and breaking traditions have become slightly tenuous. The older royals wanted to make sure that the future Queen would be with someone utterly suitable for her.

Author of "Elizabeth The Queen," Sally Bedell Smith told People that the Queen fell in love at the tender age of 18 and never looked at anyone else.

The love story of the royal couple has been portrayed in the hit Netflix series, "The Crown." The first season of the series showed how Elizabeth was able to achieve one of her greatest achievements -- to marry the love of her life despite him not born into the royal family.

Just like any other marriage, theirs have been tested by time. It has undergone numerous recalibration, navigation, and re-negotiation. Executive producer, Suzanne Mackie, believes that their 72-year marriage has been filled by ups and downs.

In the end though, Queen Elizabeth fought and got what she wanted.