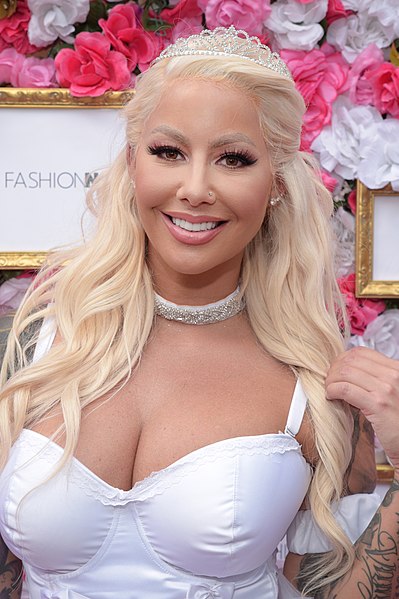 Amber posted a video of herself on a hospital bed and captioned it with the truth. Only six weeks after she has given birth, Rose has undergone full body liposuction. She took it to Instagram to share the big news with her followers.

Getting pregnant and giving birth causes a woman's body to change in ways that are not always pleasing. And while most moms would give their body some time to rest and recover postpartum, Amber felt that she needed some "work" done to her body.

Getting Rid of The "Fat"

The model-turned-mom of two has decided to take on the challenge. Wearing a hospital gown, she shared that she was at the clinic of Dr. Matlock waiting for her turn for the procedure.

Amber said that her whole body was about to get "done" by the doctor. She was referring to the liposuction procedure she was about to undergo. The 36-year-old acress then asked her followers to pray for her safe and speedy recovery.

In the same post, Amber opened up about her weight issues that were apparently hereditary. She encouraged her followers to do the same.

The "Dancing With The Stars" alum added that if they were unhappy about their body and they wanted some work done, they could consult with Dr. Matlock. Amber recommended that they go to his office to consult if they have somebody's image issues they want to be dealt with through liposuction.

In her post, Amber considers the extra baby weight as her "baby" fat that she immediately wants gone. And although not a lot of people would agree, the model went ahead and underwent the procedure to get back to her pre-baby weight body.

A lot of her Amber's were left wondering why Amber Rose went through a complete body liposuction only six weeks after she has given birth.

In her official Instagram account, Amber explained that she wanted to get rid of all the extra weight she had while pregnant and emphasized that she just felt it was time to have something done to her body.

When Amber announced her pregnancy with her first child with Alexander "AE" Edwards, Vice President of A&R back in April, she was overjoyed. She shared a photo of herself while waiting for her ultrasound appointment

The couple was happy to tell the world that they would be welcoming a son soon. Amber also said that her eldest son, Sebastian, was excited to be a big brother.

The model has to suffer extreme nausea while she was pregnant. Kim Kardashian and Kate Middleton are the two other celebrity moms who suffered from the same nauseous feeling.

It came as no surprise that Amber Rose underwent liposuction, though. Perhaps her followers were just surprised that it came too soon after she gave birth.

Although everyone wished she let her body rest after the stress that came with childbirth, Amber Rose took over her body and decided that liposuction was what she needed.