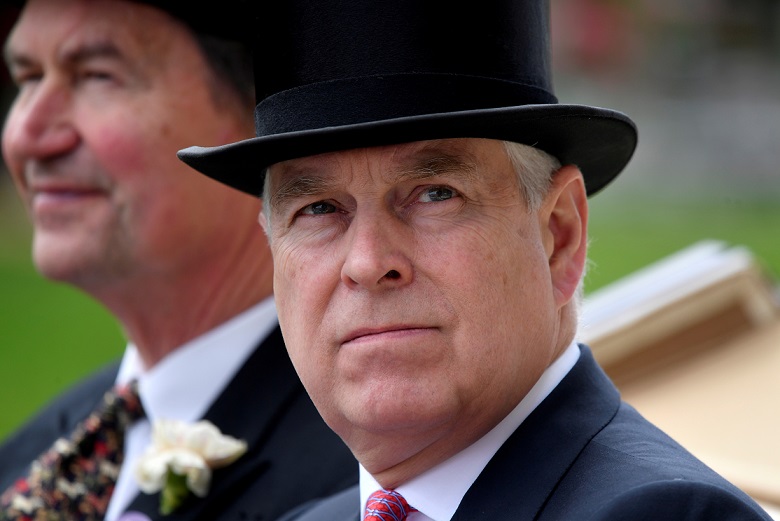 In his controversial BBC Interview, Prince Andrew has denied the rape allegations thrown at him by accuser Virginia Giuffre. Now, Giuffre has returned and slammed the Duke of York for his outright refusal to confess to his crimes.

"He knows what happened," claimed Virginia Giuffre in response to Prince Andrew's denial of ever meeting her. The victim also added that she was forced to have sex with the royalty for the first time when she was only 17.

Giuffre claimed that Prince Andrew raped her happened between the years 1999 to 2002. She also emphasized that both of them knew what happened, but only one of them is telling the truth.

A 20-second preview of the interview was shown on Thursday by BBC. The whole interview is scheduled to air on Monday.

Who Is The Victim?

Virginia Roberts, now known as Virginia Giuffre, alleged that Jeffrey Epstein forced her to have sex with the royal on three separate occasions and venues. She claimed that the incidents happened in London, then in New York, and on a private Carribean Island owned by Epstein.

Giuffre said she was only 17 when the first experience with Prince Andrew happened.

"I was young and it was a really scary experience in my life," Giuffre told BBC news.

Earlier this month, Prince Andrew has announced that he was going to take a step back from his royal duties for the foreseeable future, following the scandalous "BBC Newsnight" interview. In the same interview, the prince opened up about his friendship with Epstein but categorically denied having met Giuffre ever.

Giuffre's legal representative, Attorney Sigrid McCawley, then made a statement on Prince Andrew's withdrawal from royal duties, calling it a "positive response."

"Prince Andrew's subsequent action to withdraw from public life is welcomed by the news. It is a positive response towards taking responsibility for his actions," the statement read.

However, the statement added that the royal's revelation of his relationship with Jeffrey Epstein was only half of what is true. His long-term relationship with Ghislaine Maxwell, who is considered a co-conspirator of Epstein, is significant in the role he played in destroying the lives of their victims.

In his BBC interview, the 59-year-old Duke of York firmly said he has no memory of ever meeting Giuffre.

"There is none whatsoever," the royal prince said. He also clarified that none of what Giuffre spoke of was real. There simply was no incident between him and his so-called victim.

The Buckingham Palace has since issued a statement in support of the Duke of York. The palace denied any accusation of sexual relations between Prince Andrew and Virginia Giuffre. They strongly deny that the woman was forced to have sex with the royal when she was a minor.

"It is emphatically denied that Virginia Roberts had any form of sexual relationship or contact with the Duke of York," the statement read. The palace added that any statement that is contrary to what they said is false simply because it does not come with any foundation.

However, when Emily Maitlis -- the BBC journalist who did the interview -- showed the Duke of York a photograph taken inside the London home of Maxwell where his arm was wrapped around Giuffre, Prince Andrew responded saying he has no memory of it ever taken.

After which, Prince Andrew raised the issue of the photo's authenticity and said that it must have been made up considering that he was not wearing his "usual clothes."

Queen Elizabeth's son has found himself in the midst of what is a truly devastating time for him and the royal family. The allegations against him simply could not be left unheard of. The Royal's friendship with Jeffrey Epstein has put him in hot water.

"He knows what he has done," Giuffre said. Everyone is hopeful that the truth will come clean.