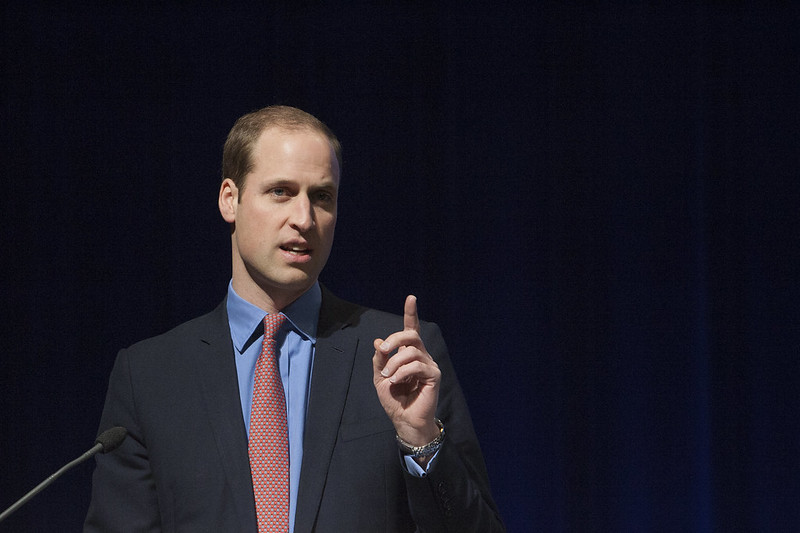 Parents have a high disregard for those who play favorites on their children. More so when they have to explain to their  kids why grown-ups have to be so insensitive.

Prince William is not a stranger to sarcasms made about his children, too.

Recently, the Duke of Cambridge was just glad to report how his children are being taught gender equality. He proudly shared with Olivia Hancock how Prince George and Princess Charlotte really enjoy playing football. However, he had to teach George to play fair once.

George told Charlotte, "I'm better than you" to which William revealed that "George, Charlotte could be as good as you."

Fresh from his proud recollection of his children's love for football, Prince William carried on royal duties with a visit to Championship side West Bromwich Albion.

Prince William came to support the rival team Aston Villa. In an interview with Match of the Day host Gary Lineker, the Duke said Aston Villa was not a run-of-the-mill type of team like Manchester United or Chelsea.

Being a more mid-table team, William loves that Aston Villa could give him "more emotional rollercoaster moments."

West Bromwich CEO Mark Jenkins had a cheeky tirade at Prince William for supporting their rival.

Jenkins presented the Duke with team shirts for Princess Charlotte and Prince Louis. He intentionally left out Prince George when he gave gifts to the royal.

Prince George has already been won to the rival's side, supporting Aston Villa like his father. Prince William and George have been strong supporters of the club.

In October, the Duke and Duchess of Cambridge, along with Prince George and Princess Charlotte, came to support Aston Villa as they competed against the Canaries in Norwich City.

George was clearly excited as he cheered his favorite team on, who eventually won 5-1 against the Canaries. His dad, however, asked him to calm down as the home team was having a tough time already.

And it looks like Prince George is following in his father’s footsteps when it comes to the claret and blues. A very excited little Prince celebrating @AVFCOfficial goals #PrinceGeorge pic.twitter.com/hK0BZvvzBX — Roya Nikkhah (@RoyaNikkhah) October 5, 2019

The dix-year-old football enthusiast was especially fond of Irish midfielder Conor Hourihane. George got jumping with excitement over Hourihane's strike on goal.

Jenkins then made a snarl comment about why George was not getting any gift from him. As he handed over the shirts for Charlotte and Louis, he said, "I don't think we have got a chance with your eldest [Prince George]."

It was at this point that Prince William had to put his foot down. Well, it was a good thing young George was not there, else there would be some serious nudging to do.

No way was he tolerating rivalry with his kids. Charlotte was obviously an Aston Villa supporter and Louis is not hopping on to any team opposite his brother.

Prince William handled the awkward moment in the most regal way to the football exec's advantage. The Duke told Jenkins to "move on from that" as he only came to support Aston Villa.

The Kensington Royal Instagram revealed there was more to the Duke's trip than just to support his favorite team.

The Duke of Cambridge also came to talk about the pressures players face and the impact this makes on their mental wellbeing.

Prince William moved on from Jenkins and discussed the #HeadsUp campaign alongside West Bromwich's Head Coach Coach Slaven Bilić instead.

They talked about the importance of men in particular to feel comfortable to talk about their mental health and gain support from family and friends.