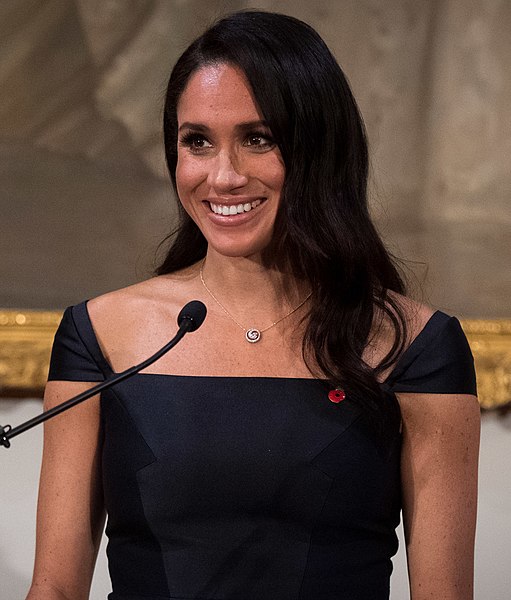 President Donald Trump and his wife Melania Trump will once again be joining Queen Elizabeth II in Buckingham Palace. However, Prince Harry and Meghan Markle will not be joining them for dinner.

The President of the United States is on his way to London for the NATO summit scheduled for two days. His stay in London will heavily be about meetings with the other leaders of NATO member countries. Nonetheless, included in his itinerary is a reception dinner at the palace to be hosted by the Queen.

While the other royals will be in attendance to this dinner -- including Prince Charles, Camilla, Duchess of Cornwall, and Kate Middleton -- Prince Harry and Meghan Markle have opted out.

The Duke and Duchess of Sussex will not be joining them as the time of his visit would fall on their "family time" off and official leave from royal duties.

Is Meghan Markle's Absence on Purpose?

This visit to the U.K. will be the third for President Trump since he was elected.

When Trump went to the U.K. in June of this year, his entourage included his wife and four adult children. They attended a state banquet hosted by the Queen. The members of the royal family in attendance were Prince Charles, Camila, Prince William and Kate.

The visit to the Buckingham Palace happened a few hours after President Trump denied allegations of ever speaking "ill" of Meghan. In an interview at the Oval Office at the White House published by The Sun, the week before the state visit, the president was recorded with a surprise reaction upon knowing that Meghan Markle labeled him "misogynistic" during the 2016 Presidential campaign.

"I didn't know she was nasty," Trump said in reaction,

Despite the records of the interview presented, President Trump denied ever saying something like that about the Duchess of Sussex. He then sent well wishes to Meghan following the birth of her son.

Was this the reason why Meghan Markle was not there then and now?

Prince Harry joined the rest of the family for a palace exhibit at the Buckingham Palace with the President and his wife. At that time, Meghan was nowhere to be seen as she was on maternity leave. She had just given birth to their son, Prince Archie.

Earlier in October, the Duke and Duchess of Sussex have revealed their plans of taking an official leave towards the end of the year for some quality "family time." The plans were announced amidst the intense scrutiny the two were getting from the media.

Meghan, 38 and Prince Harry, 35, will also be skipping the annual holiday festivities with the royal family. There will not be any sighting of them at the public walk on Christmas morning with the rest of the royals led by Queen Elizabeth II.

Although there was news about the Queen being upset about the candid interview of Meghan in the filming of their documentary, there is no truth that the Queen asked Meghan to celebrate the holidays somewhere else.

In truth, the decision to celebrate this year's holidays with Meghan's family in the U.S. has been foreseen, as they have spent the last two Christmases with the royal family.

According to the official statement of the Palace, the decision to celebrate the holidays with Meghan's mother in the U.S. is supported by the Queen.