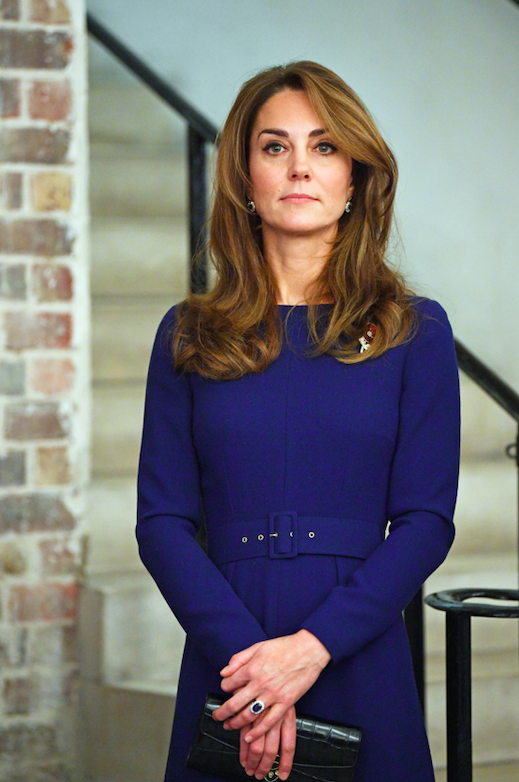 The Duchess of Cambridge is expected to announce her pregnancy soon, that is if multiple rumors that surfaced are to be believed.

Prince William and Kate Middleton are reportedly expecting twins, a girl and a boy, as reported by the National Enquirer's royal insider and New Idea.

"They had pretty much decided they were done in the baby-making department - their rambunctious kids were enough to handle. But the fertility gods had other ideas," Enquirer's source said. "Now, they're praying Kate won't be stricken with debilitating morning sickness that plagued her other pregnancies and even landed her in the hospital."

Best Christmas Gift For The Queen?

Prince William and Kate may soon give Queen Elizabeth II the best Christmas gift of all. The said Enquirer source also claimed that the news is "just what the Queen needed" after the current scandals and crisis surrounding the palace.

"The twins are giving the Queen hope the royals can survive the latest disasters."

With regards to the royal children, Princess Charlotte was reportedly delighted by the news.

The source said that Charlotte has a special bond with her older brother George and younger brother Louis, but she is "desperately begging for a sister."

However, one person that is reportedly not happy with the news is the Cambridges' sister-in-law, Meghan Markle. The Duchess of Sussex was allegedly offensively "consumed with jealousy."

"Meghan hissed that she was sick of Kate being the Queen's favorite and ranted at Harry because the Queen didn't attend Archie's christening."

The latest indicator that Kate is pregnant is due to Prince William going on a four-day solo tour in Kuwait and Oman.

In a highly odd move, there was never any suggestion that his wife was joining the tour with her husband. The Duchess' non-appearance may have to do with her rumored pregnancy.

In the past, Kate has missed several royal engagements and obligations because she was pregnant with Prince George, Princess Charlotte and Prince Louis.

Because she suffers from intense morning sickness, Kate typically stays at home during her first trimester.

The Center for Disease Control and Prevention (CDC) also acknowledged Oman as one of the nations with a continuing malaria risk, so much so that they advise pregnant women to prevent from visiting the country.

Last November, rumors regarding Kate's pregnancy increased after she pulled out of the Tusk Conservations Awards. A spokesperson from Kensington Palace announced that Kate would not be able to attend because of her children. However, they were not able to elaborate on the real reason behind her absence.

When the Duchess of Cambridge has unexpectedly cancelled royal engagements, it has been later revealed that she has severe morning sickness.

Phil Dampier, a royal expert, said that it would not surprise him if the Duke and Duchess decided to add another child (or children) to their family since Kate is basking in motherhood and prefers it over her royal obligations.

However, convincing Prince William to add another child has reportedly been a challenging feat.

During the Cambrdiges' visit in Northern Ireland, a father of a 5-month-old baby asked if the royals were planning another baby, and the Duchess replied, "I think William might be slightly worried."

The palace still has not commented on Kate Middleton's pregnancy rumors.