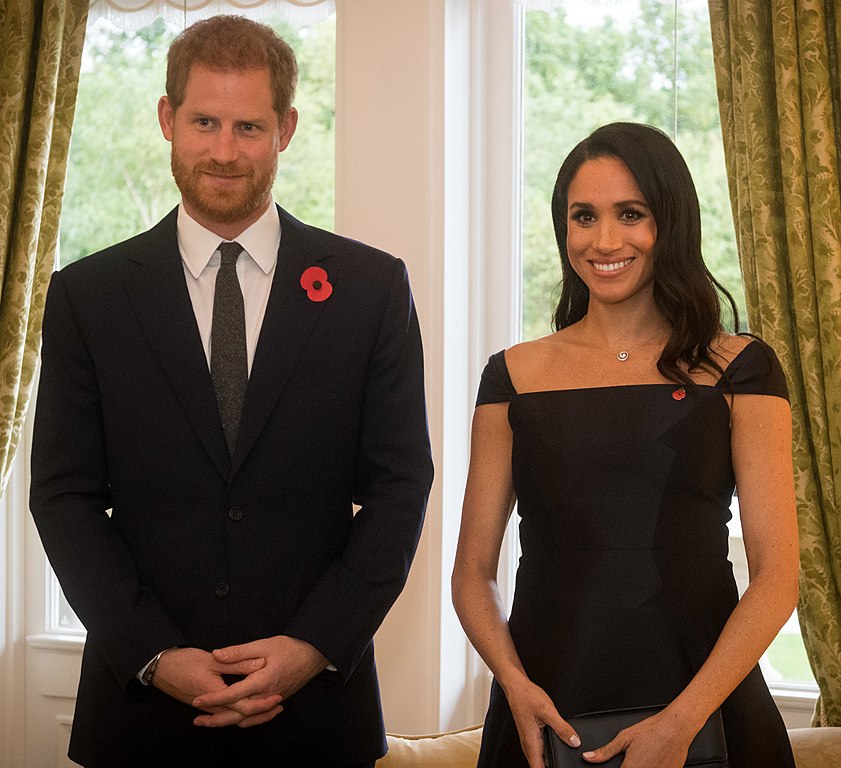 There was previous beef between the Duchess of Sussex and the U.S. President, who called Markle "nasty" not just once but twice.

However, President Trump did meet with Kate Middleton. Trump previously had some snide remarks about the Duchess of Cambridge, too. But the future royal consort held her head high, ready to bury the hatchet and shake hands with the U.S. President and his wife, Melania Trump.

Who Else Was Not There?

The Queen hosted the NATO 70th anniversary reception at Buckingham on Tuesday night. Noticeably absent were a few Senior Royals, including Prince William and the Sussex Royals.

On the U.S. side, the President and First Lady came without the Trump children. In June, the president went on an official state visit to the U.K. with his four adult children.

This time around, it was just the presidential couple. Donald Trump Jr. and his brother Eric Trump did not accompany the President. Ivanka Trump was caught up with her role as a senior White House aide. Meanwhile, Tiffany Trump -- who came in June -- also had other affairs.

On the side of the British monarchy, Prince William is currently on an official royal engagement on behalf of the Queen. He is on tour in Kuwait and Oman.

As for the Duke and Duchess of Sussex, they have already begun their six-week break from royal duties. They are not even in the U.K., though there were hints that the Sussexes went to Canada for Thanksgiving.

The Sussexes are expected to spend Christmas with Meg's mom Doria Ragland in Los Angeles, California.

The event was graced with other world leaders who formed decades-old alliances between the U.S., Canada, and the greater Europe.

Most senior royals were present, headed by the British monarch Queen Elizabeth II. Her husband Prince Philip is already in Sandringham, recovering health-wise after having previously retired from royal duties.

"Shadow King" Prince Charles and Camilla, Duchess of Cornwall, also welcomed the NATO leaders to Buckingham. Kate Middleton was the only one from the "Fab Four" who was in attendance.

It was interesting to see the Queen's other children, Prince Edward and Princess Anne step up to the plate to meet with the world leaders.

Keep in mind, Prince Andrew, Duke of York, has already stepped back from royal duties in the aftermath of his involvement in the scandal with pedophile Jeffrey Epstein. The Queen's grandchildren, Princesses of York, are also absent as they are non-working royals.

Meghan Does Not Approve of Trump

The six-week break may have come at a convenient time for the Duchess of Sussex, who is not particularly keen about the U.S. President.

Markle is yet to be a British citizen, however. The former "Suits" actress remains to be a U.S. citizen and pays taxes to the American government.

Markle seems to play convenience to her advantage. In June, she also missed the opportunity to meet face-to-face with Trump. Meg was then on maternity leave; however, Harry did meet with the President in June.

Previous to Trump's June visit to Buckingham, he called Meghan "nasty" in reference to comments he found out Meg had said about him. Meghan had called Trump "divisive and misogynistic," but that was before she married into the British royal family.

"I did not know she was that nasty," said the President in a recorded interview. However, before his visit to Buckingham, he denied having said the ill remark about the Duchess saying, "I made no bad comment."

When confronted by "Good Morning Britain's" Piers Morgan, Trump tried to clear the air only to call Meg nasty again on-camera. "Not that she is nasty but that she was nasty about me," revealed Trump.

Furthermore, when Markle revealed she was "Not Ok" dealing with the British press, Trump slammed Markle who he thought handled the media "very personally." He gave a sort of advice saying, "You got to be a bit different."

However, Trump did have a beef years earlier with Kate Middleton. When the topless photos of the Duchess were leaked in tabloids in 2012, Trump made a public tweet criticizing the Duchess: "Only herself to blame -- shouldn't have sunbathed in the nude."

Yet, the Duchess of Cambridge was in attendance. Again, Markle played convenience to her advantage for the second time around. Watch out for a Markle-Trump face-to-face in the years to come.

READ MORE: How Was Meghan Markle's First Christmas at Sandringham?