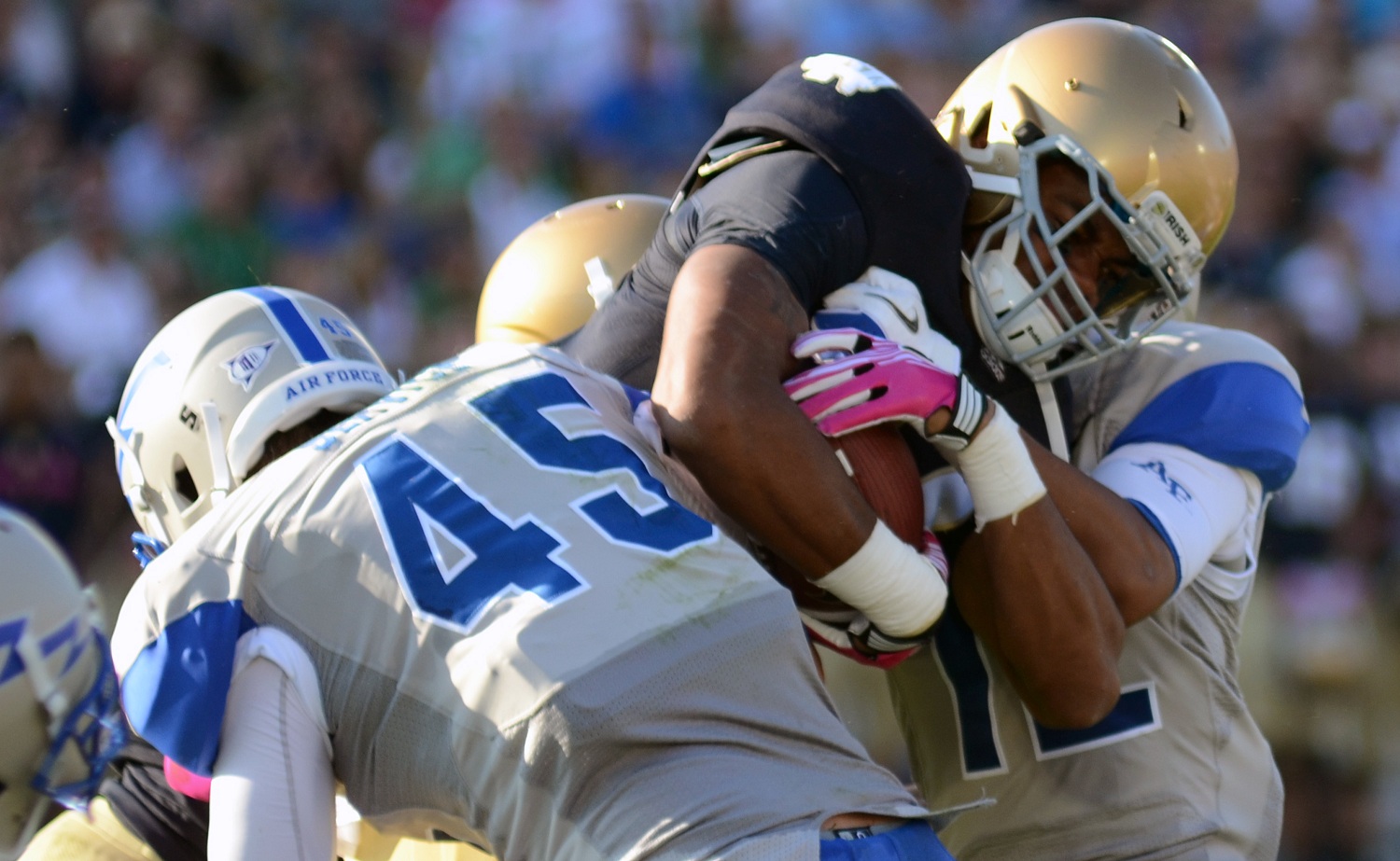 Mental health awareness in sports needs to be more widespread, now more than ever. Alarming news broke out that the former NFL pro George Atkinson died at age 27, nearly a year after the death of his twin brother Josh Atkinson who died at 26.

George Atkinson III cause of death remains to be under investigation. However, the NFL pro opened up in an open letter in October about how he was 5150'd for self-harming.

Atkinson was a voice that helped spread mental health awareness before his premature death.

The former Notre Dame running back was helping out the charity National Alliance on Mental Health Illness in San Francisco. NAMI SF strives to end the stigma of mental health illness especially at the grassroots level.

2018 was the year George lost two of his closest family members. His mother, Michelle Rene' Martin passed away on October 24, 2018 due to complications from Crohn's disease. She was on life support before her death.

On December 25, 2018, George's twin brother Josh Atkinson died at age 26. Josh was a former Notre Dame cornerback. Before his death, he played as the wide receiver of Tulsa Golden Hurricane.

Josh Atkinson died from suicide by hanging. George revealed how he and his twin was "all each other had."

George and Josh were raised by Michelle, a single mother until they were 13 years old. Michelle succumbed to drug addiction after suffering from paranoid schizophrenia. She too self-harmed and became violent to her children.

However, the Atkinson twins were at their mother's bedside before she died. George shared about how Josh "felt guilty they have to take their mother off life support."

The twins were together on Christmas Eve when George told his brother to "snap out of it" as what happened with their mother is in God's hands. He took his brother home and found out on Christmas Day that Josh had hanged himself to his death.

Finding a Reason to Live

For George Atkinson III, his mom was his "why" all his life. He worked hard to get college scholarships with his twin brother at Notre Dame. All he wanted was to help his mom rise from their situation.

George opened up about how he and his twin were "never really taught to talk about their feelings." He described the feeling as being like "running water on a faucet with the caps on."

A year after his mother's death, George opened up about his feelings in a publicized open letter. He talked directly to "kids going through tough times," stressing the importance of straying from the "easy way out" with alcohol or drugs.

"Please don't hold your emotions," Atkinson pleaded to his readers. He said how he did not want his and his brother's pain to be felt by others because that burst cost their lives.

George was seeking therapy from a psychologist before he died. He said his "why" was now his 2 year-old daughter who was already very athletic.

Atkinson was learning to "love himself" and "let go of the ego that sharing his feeling was a sign of weakness." He released his feelings in the open letter, a move that became an advocacy to help raise awareness and put an end to the stigma, especially among athletes.