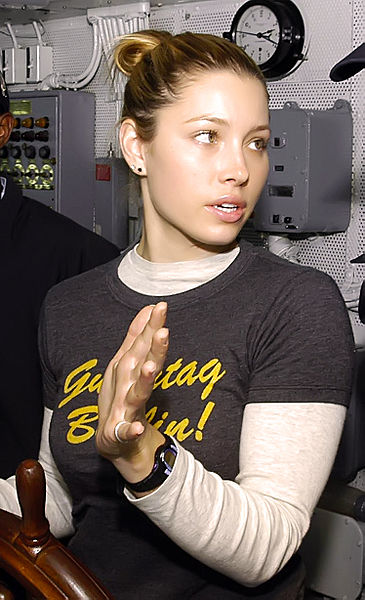 Christmas is the season of love, but it looks like it as not the case of Jessica Biel and husband Justin Timberlake.

The actress, 37, was spotted out and about in West Hollywood with everything she needs to run her errands but forgot to bring a smile.

Instead of the usual jolly smile that Biel wears, the actress looked glum and drawn as she went about doing her errands. There are not a lot of reasons to smile these days for Jessica, as her husband Justin was recently caught showing some public display of affection with his co-star in a bar in New Orleans.

What started out as a relaxing night out with the cast and crew of their movie "Palmer" in New Orleans turned into a huge scandal. Justin Timberlake was spotted with co-star Alisha Wainwright getting cozy at the balcony of a bar. While they were with some friends, the two were caught holding each other's hands.

Alisha Wainwright, 30, was stroking the former N'SYNC singer. Moments after, Justin grabbed her hand and held it. As the two were holding hands while talking to their friends, both were smiling and laughing. They play the role of lovers in the movie they are currently filming.

Timberlake, 37, was reportedly getting too close to Wainwright when she was caught lovingly stroking his knee. The singer-actor also looked like he already had a few good drinks when they were spotted.

Timberlake, through his representative, said that "they are working together on a movie and that was it." He furthered that they were drinking in the bar with the other members of the cast and crew of the movie. It was o't really a romantic date over wine.

On the other hand, when the pictures of the two came out, a representative from the camp of Wainwright told "US Weekly" that the rumors were just that -- rumors. "There is nothing going on between the two of them," the rep said.

The two are just in a project together. Is that where the story ends?

In the wake of the scandal, everyone is asking. Does Jessica Biel know? Though Timberlake and Wainwright both denied the rumors, it looks like the wife knows the truth.

Biel looked not short of worse in the wake of this scandal. She definitely does not look happy.

Since the news of his PDA with Wainwright, Justin and Jessica have not been photographed together. They have not been seen in public, leading people to ask: did the scandal take a toll on their marriage?

The two have been married for seven years and share a son together.

Biel has yet to give a statement about the issues surrounding her husband getting flirty with his co-star. However, her dark ensemble seems to match her mood while walking the streets of Los Angeles.

Moreover, according to reports, Biel is looking to investigate the matter and even wants Justin to take a lie detector test.

While Justin and Jessica recently celebrated their seventh wedding anniversary, the couple has had their share of issues. This may seem like an innocent case of getting cozy because they had too many drinks, but it is still inexcusable. Their fans remain hopeful, though, that Jessica and Justin would see past this.