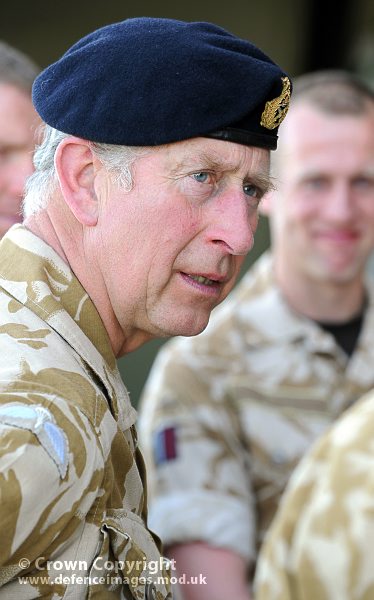 For those who watch "The Crown," Prince Charles' relationship with his father Prince Philip has always been strained. Charles hated going to the school his father chose and he could not forget being forced into marriage to Princess Diana.

But in real life, years after and having married his first love Camilla, Prince Charles has had a change of heart towards his father.

Now, he is not afraid to say how proud he is of his father. The heir to the British throne has been more keen to foster a relationship with his father, who is getting along in years.

As the future King draws closer to the throne as a Prince Regent in just 18 months, he is now determined to mature further and bury the hatchet that put a strain in the father-and-son relationship.

Prince Charles recently paid tribute to his father at Buckingham Palace. For the first time, he spoke well about being sent to the boarding school he once hated. He had a newfound appreciation for being sent to Gordonstound in Scotland which his father attended.

But Philip first studied in the German boarding school Schule Schloss Salem (1930s), during which Nazis were on the rise, Prince Charles revealed. There was an older schoolboy identified as a Jew at the boarding school. The other boys treated him badly, but a 12-year-old Philip had compassion on him.

Prince Philip recounted how inspired and full of pride he was learning his father helped defend a Jewish boy from bullies as well as from Nazis who were present at the school.

Later, Philip moved to the U.K. and his headteacher from the German boarding school fled there as well.

Kurt Hahn was a German-Jew who headed to Salem school before starting his own boarding school in Scotland. Philip was one of his first students and now Charles understood why he was sent there too.

Prince Charles revealed that his father was not the first to defend a Jew from the Nazis. He said that the monarchy has always carried precious links to the Jewish community, not just through his father but through his grandmother as well.

The British heir referred to Philip's mother, Princess Alice of Greece, whom fans have also heard about in the third season of "The Crown."

Prince Philip claimed that his grandmother once assisted a Jewish family flee from Greece at the time when Athens was occupied by Nazis. Princess Alice is said to have courageously taken the Jewish family into her own home and hid them, unafraid of her own safety.

Princess Alice was a formidable lady and now she is buried on the Mount of Olives in Jerusalem. She was counted among the Righteous of the Nations for what she did in 1943.

The future British King attended a pre-Chanukah celebration to honor the contribution of the Jewish community to the "happiness, health, and wealth of the U.K."

Prince Charles is one to unite people between faiths. In his years in public service, he has helped foster understanding between Judaism, Catholicism, Sikhism, and Christianity. He called Britain "a community of communities" adding that "Unity through diversity sits at the heart of [Britain's] values and defines [Britain] as a country."