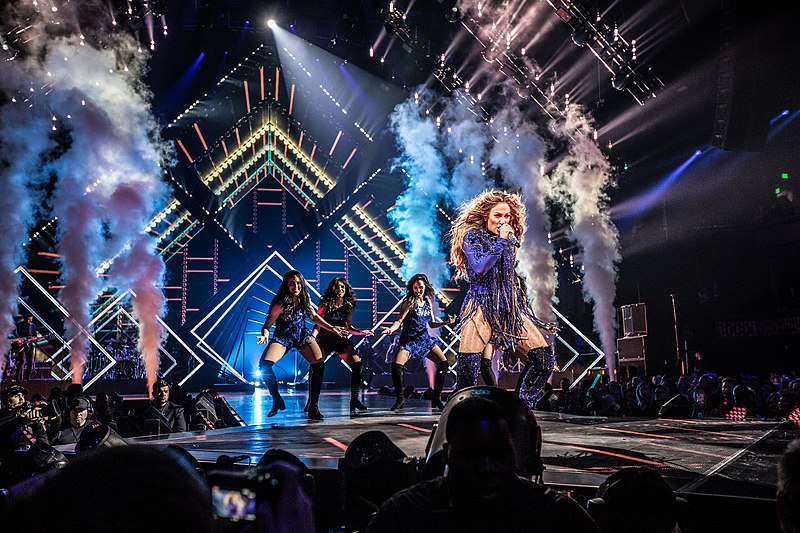 Jennifer Lopez's return to "Saturday Night Live" was a blast. J.Lo is an icon herself, and she brought with her the iconic Versace dress with her.

Jennifer Lopez went to "Saturday Night Live" prepared. She sported a recreation of the gown she wore during the Grammys for the show.

It appears like the superstar has found her new favorite gown in the belly-baring Grammys dress. She is making good use of it this year, and there is more reason to love it too!

In September, J.Lo made noise when she walked the ramp for the spring-summer collection of Versace in Milan. It was the first time in 20 years that she wore the recreation of her iconic dress, and she looked so stunningly beautiful in the teeny-tiny outfit.

It was like years have not come by since her last walk for fashion. The dress hugged her well-shaped physique so well that everyone wanted to own one!

Months later since the great moment she had on the ramp, J.Lo has not quite moved on from her fashion walk. During the most recent episode of "Saturday Night Live," she surprised everyone when she walked in wearing the recreation of the same iconic Versace dress.

Jennifer Lopez changed the name of the game in entertainment. She was one of the very few artists who could sing and dance at the same time. She did it so well that she became an icon in show business.

On Saturday nigh, she opened the SNL with a monologue. She talked about how the year has been for her and how blessed she has been.

Lopes then started enumerating the good things that happened to her. The first one she mentioned was the proposal the "Bronx" girl got from a "Yankee" - Alex Rodriguez. She said it was definitely a dream come true.

After that, she went on to talk about the biggest movie opening she has ever had in her life plus a lap dance from Cardi B. The singer-actress then spoke of the sold-out tour she completed this year and the slaying she did at the MET Gala.

The "Jenny From The Block" hitmaker also mentioned that she walked the Milan runway wearing a replica of the dress she wore twenty years ago. J.Lo then reminded everyone that this is the year she had a big birthday because she turned 50.

J.Lo broke off the monologue with a song and dance number. It is something that only JLo could do. And for the big reveal, she took off her tuxedo to show the stunningly beautiful Versace dress.

Lopez had been hiding it underneath, but it looked so perfect. Not only was it a good performance from no less than the pop icon herself, but it was truly a theatrical experience for the audience.

She got a standing ovation from the live audience of the show -- and she deserved it! She's a living legend, indeed.

Watch the whole performance below and you will see why Lopez remains to be one of the most relevant performers at this time.

Despite the tight competition, J.Lo has earned herself a spot in the industry. It is something other performers must use as an inspiration.

Lopez may not have had it all when she started, but she definitely worked her way to the top. Now, she has everything and could not be more grateful.