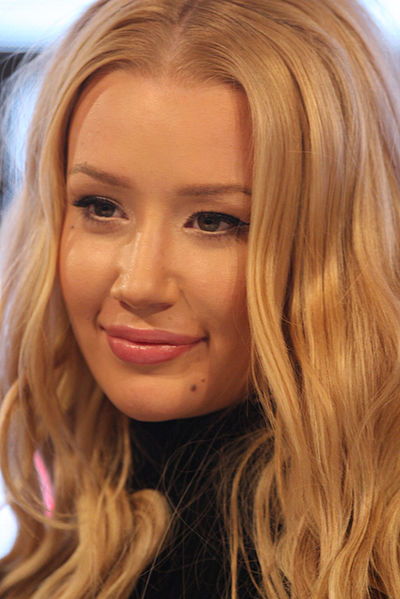 Iggy Azalea's fans might be disappointed to find out she is not brewing a new song or working on a new album.However, they might be happy to know that the "Fancy" hitmaker may be pregnant with her first baby with beau Playboi Carti.

According to the report released by Hollywood Unlocked, the 29-year-old Australian rapper is already in the second trimester of her pregnancy. Though the reports are yet to be confirmed by Iggy or her baby daddy, it remains unknown if they are expecting a boy or a girl.

Hollywood couples always become vulnerable to pregnancy rumors, and Iggy Azalea and her boyfriend may be victims of it.

Despite the reports, Azalea looked slim and fit when she showed up at the International Music Awards in Berlin on November 22. She does not look even a bit pregnant at all.

Although the most recent citing of Azalea did not reveal a six-month bump, rumors of her pregnancy have surfaced months after they have been rumored to be engaged. In July, the artist behind "Pretty Girls" showed off what looked like an engagement ring with a huge diamond when she appeared at "The X Change Rate."

Iggy confirmed to the host, Monet X Change, that she is no longer single while showing off her new bling.

When Azalea met Carti, she was mending a broken heart. In an Instagram photo, the two have confirmed their relationship while cuddled up on a couch.

The engagement rumors came after the news that the couple's home in Atlanta has been robbed. The news detailed that $365,000 worth of jewelry was robbed -- including what looked like a $35,000 diamond ring.

Did Iggy lose her engagement ring to the robbers? The artist is yet to confirm the rumors.

Iggy Azalea's love life has always been open to the public. She was previously engaged to Nick Young, a former NBA player. But after a publicized scandal that involved Young and a 19-year old girl went viral, the "Change Your Life" singer broke things off.

In a statement she posted on Instagram at that time, she said that although she loved Nick Young dearly, she has found it difficult to rebuild her trust in him. She added that she wishes Nick nothing less than the best in life.

However, the singer noted that although it is difficult when you lose the person you planned your future with, she believes that futures can be rewritten. At that point, Iggy said that hers was a blank page.

Azalea bounced from one relationship to another since then. Rumors said that she has dated several others after that,  but to no avail. She was rumored to have had a fling in April 2018 with Kylie Jenner's ex-boyfriend Tyga. And yet, she has not found true love.

In fact, a few months before Azalea and Carti went public with their relationship, the rapper lamented that she would never find happiness anymore. She claimed that she was going to be alone forever. On August 9, 2018, she tweeted that she has been following a routine and that made her happy.

A month after, Iggy and Carti became a couple. And the rest, as they say, is history.

A year has passed and it looks like the couple is starting something new. Is she pregnant? Are they going to be a family of three? Fans will have to wait when Iggy Azalea gives birth.

READ MORE: Iggy Azalea Slams Back To Being Called A "Blunder"