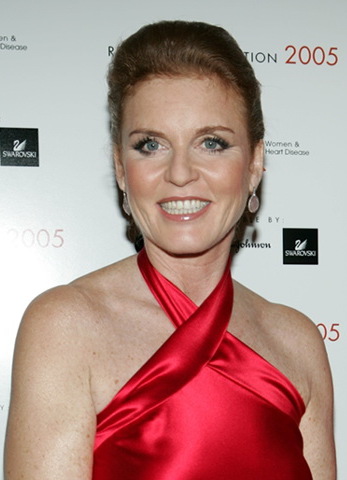 After taking a short break from social media, Sarah Ferguson is back on Instagram.

Fergie, as the Duchess of York is fondly known for, shared two incredible sunset photos over a mountain range on Thursday. This was the first photo she shared on social media since mid-November of 2019.

The beautiful photos came with a positive outlook for the New Year to come.

View this post on Instagram
As the sun goes down on 2019, I look to the mountains for strength and wisdom to guide us all into a magical and enlightened road ahead...Happy New Year for 2020. So much love in abundanceA post shared by Sarah Ferguson (@sarahferguson15) on Jan 2, 2020 at 12:25pm PST

"As the sun goes down in 2019, I look to the mountains for strength and wisdom," Fergie wrote. Furthermore, she added that the road ahead is magical and enlightened for it brings forth New Year 2020. There is just so much love from nature to everyone.

Fergie, 60, has not been actively posting on Instagram since her ex-husband, Prince Andrew, 59, announced that he was going to take a step back from his royal duties. This followed after the disastrous interview he had with BBC surrounding his relationship with Jeffrey Epstein.

Although the two have been divorced for a long time, they have remained good friends, especially because their goal was to be good parents for their girls. Despite of everything that has happened, Prince Andrew finds comfort in the fact that the Duchess of York and both their girls remain steadfast beside him. In every decision that he makes, his family is with him every step of the way.

In her Instagram post on Nov. 16, 2019, a day ahead of the interview, Fergie dedicated the post to the Queen's second son. She wrote, "Andrew is a true and real gentleman and is steadfast not only on his duty but in his kindness of seeing the best in people."

Fergie added in that post that she and Andrew are the perfect example of joint parenting with the three C's as their guiding principle -- Communicate, Compromise and Compassion.

View this post on Instagram
It is so rare to meet people that are able to speak from their hearts with honesty and pure real truth, that remain steadfast and strong to their beliefs. Andrew is a true and real gentleman and is stoically steadfast to not only his duty but also his kindness and goodness of always seeing the best in people. I am deeply supportive and proud of this giant of a principled man, that dares to put his shoulder to the wind and stands firm with his sense of honour and truth. For so many years he has gone about his duties for Great Britain and The Monarch. It is time for Andrew to stand firm now, and that he has, and I am with him every step of the way and that is my honour. We have always walked tall and strong, he for me and me for him. We are the best examples of joint parenting, with both our girls and I go back to my three C's .. Communicate Compromise Compassion @hrhthedukeofyorkA post shared by Sarah Ferguson (@sarahferguson15) on Nov 15, 2019 at 12:00pm PST

The Fall of a Royal

The Duke of York found himself with nothing just days after the interview. When he decided that it might be best to resign from his royal duties, his mother, Queen Elizabeth, and the other members of the royal family had agreed. He was immediately removed from hundreds of his charitable patronages and was forced out of Buckingham Palace.

According to the royal historian Robert Lacey, what happened to Prince Andrew only shows how swiftly the royals can move. It did not matter if they were ruthless, too.

In a recent interview with Vogue Arabia, Fergie said that the "ordeal" was incredibly difficult for her and their girls. Whenever she talked about Prince Andrew, she cannot help but talk about family. She admitted that seeing her ex-husband whom she considered a good man to go through such enormous pain makes everything unbearable for her.

Fergie continued saying that he believes that her ex-husband is the best man for the job of a royal, as he has done a lot for Great Britain. The Duchess of York reiterated the importance of mental health, especially that of men. Fergie believes that it is important for men to be more articulate about how they feel.

Sarah Ferguson is a picture of a strong woman who is standing beside the man she believes in. For the positive approach that she has of the coming year, may it bring about clarity and good cheers to all those involved in this situation.