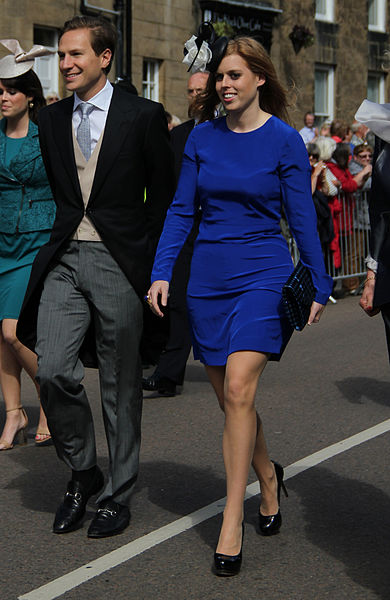 Princess Beatrice is preparing for the most special day in her life. And yet, it seems that luck is not on her side.

The Princess of York, 31, may not have the dream wedding she has always wanted. The big ceremony she intends to have as she weds the love of her life might just be scaled down a little bit more.

In today's episode of "Lorraine," a U.K. Talk show, royal correspondent Jennie Bond spoke to Christine Lampard and revealed the latest news about the royal family.

When asked about the role that Prince Andrew will play during the nuptials of his daughter, Bond revealed that there are a few minor changes in the details of the wedding. There was supposed to be a huge party at Buckingham Palace with the charities sponsored by the Duke of York and some friends, but that has already been canceled.

Bond added that several other changes about the wedding details need to be made.

Princess Beatrice said yes to the proposal of Edorado Mapelli Mozzi. Earlier in September of 2019, the two were reported to be engaged while on vacation in Italy. The wedding is scheduled to happen early this 2020.

When the couple made their official announcement through their social media account and the official social media account of the royal family, their family and friends were delighted for the two. They were extremely happy to be able to share this important milestone in their relationship.

The two are yet to embark on another one of life's great adventures, and they are doing it out of love.

Princess Beatrice and Edoardo Mapelli Mozzi have only been dating for a year when they made the announcement of their engagement. However, the engagement party Bea was supposed to have on Dec. 18, 2019, was initially canceled out of fear that the media would be more interested in discussing her father's involvement in the Jeffrey Epstein scandal than the real reason for the celebration.

Fortunately, things worked out eventually and Princess Beatrice had thrown the engagement party she wanted to have on the day she planned.

The finances got in the way of the lavish wedding that the couple would have wanted. According to Bond, the royal family did not want any issues that involves the over expenditure for Princess Beatrice's wedding day.

"There were outcries on the security costs during Princess Eugenie's big day and how much the taxpayers are going to shoulder. This time, the royal family will choose to scale down the wedding of Princess Beatrice primarily to avoid any embarrassment," Bond said.

The events related to the upcoming wedding of Princess Beatrice have been greatly affected by the scandal involving her father, Prince Andrew.

In all these celebrations, Prince Andrew has tried to shy away. He skipped the engagement party as he thought it "won't look good" if he were there amidst all the scandal he is in.

Weddings are always special celebrations because it is the coming together of two people wonderfully in love with each other. Princess Beatrice and her fiance are no different. They only wish to be one, may it be a big wedding or a small intimate celebration among family and friends.