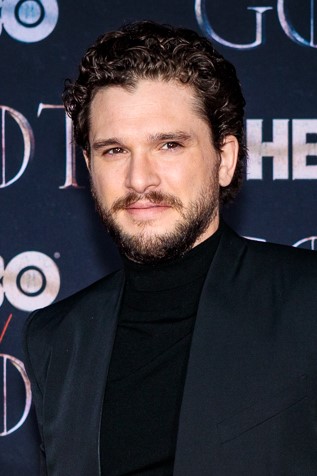 The epic "Game of Thrones" might be over for almost eight months now, but true GOT fans surely still have the Iron Throne, Winterfell, the dragons, and the King in the North deep down their hearts.

Well, it looks like fans are not the only one who seems to have a major Game of Thrones hangover. Kit Harington recently admitted that he is still not over with his character as Jon Snow, also known as "Aegon of House Targaryen, Sixth of His Name, King of the Andals and the First Men, King of the Seven Kingdoms and Protector of the Realm."

Did we mention we are not over with the show yet as well?

In an interview with Ryan Seacrest at the 2020 Golden Globes Red Carpet, the 33-year-old actor revealed that Jon Snow was still on his mind and, in fact, thinks about him all the time. (To be honest, we feel the same, Kit. Same!)

Kit Harington is the ONLY nomination for 'Game of Thrones' at tonight's #GoldenGlobes. pic.twitter.com/cnB4ZEBHUB — Lights, Camera, Pod (@LightsCameraPod) January 6, 2020

When asked about his fondest memory of playing the King of the North, he said: "It was always just getting into costume the first day back, getting into that outfit and just sort of being back on set, back with him on (the) character. I loved it."

"It's in retrospect that you start loving it. It does go by fast. Ten years, like that," Kit added.

Harrington was also the only "Game of Thrones" actor nominated for the final season's performance, and it is his first Golden Globe nomination. Because of this, the actor could not help but feel odd without the gang, including Peter Dinklage, Emilia Clarke, Sophie Turner, and Maisie Williams walking with him on the red carpet.

" I haven't been to these things without the rest of us around. So I'm a little jealous of the Succession dudes," he added.

However, Kit did not literally walk down the red carpet alone, as he is accompanied by his beautiful wife and former "Game of Thrones" co-star, Rose Leslie.

The 32-year-old Mrs. Harington looks radiant as she came to The Beverly Hilton hotel wearing an emerald green Elie Saab gown. Rose pulled it off with a pulled back low updo and completed her look with Asprey jewels.

Meanwhile, Kits looked dashing as usual with his black Saint Laurent suit. According to his stylist, Jenny Ricker, they choose from over a hundred variety of designers three days before the Golden Globes.