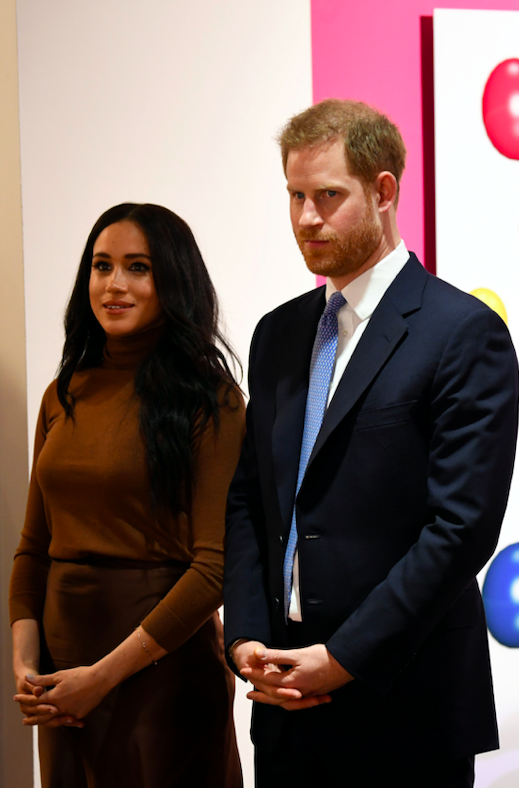 Prince Harry and Meghan Markle's decision to step back as senior members of the royal family shook the world and led to some more surprising repercussions.

After the Duke and Duchess of Sussex made their bombshell announcement, reacts of racism sparked once again -- with a lot of people pouring on the hate on Meghan. However, it is no longer new and just proved that the Duchess is being unfairly criticized because of her race.

From the moment the Sussexes made their relationship official to the public in 2016, the message many Brits sent to her was clear: She was not one of them, therefore, she's not welcome.

Markle is a biracial woman and a divorced American former actress. She was far from what many see as a fairytale match for a beloved and respected member of the British royal family.

While there were some Brits that welcomed her, the tabloid media and a large portion of social media were not kind to the former "Suits" actress.

The treatment became so bad and hard to endure that even Kensington Palace released a statement scolding the press on how they all treated her.

After distancing themselves from the royal family, the Duke and Duchess of Sussex are starting to receive anger by a lot in the U.K. and even in other places.

To Meghan Markle, the message switched from "Why are you even here?" to "Where the hell are you going?"

Some observers think that racism is to blame.

According to Kehinde Andrews, associate professor of sociology at Birmingham City University, he believes that the Sussexes' relationship was not going to end well since the British royal family is one of the main representations of "whiteness" in the world.

"She was never going to be fully accepted," Andrews emphasized.

However, the Daily Mail US editor-at-large said it was "ridiculous" for black comedian Gina Yashere to tweet that Markle faced "constant racist vitriolic abuse disguised as criticism."

Pierce Morgan replied and disagreed that Markle received it because she was mixed race, adding that the condemnation instead had everything to do with her being a "shameless piece of work doing huge damage to our royal family."

According to Natalie Morris of Metro, "Their unceremonious ditching of the royal family is a reminder that we don't just have to sit there and take racism. The critics are, of course, outraged, but walking away can be the most powerful weapon against racial abuse."

If the British mantra is "keep calm and carry on," Markle whirled in with her American assertiveness and said "NO!"

The reaction to Markle trying to create a new life with her husband supports the stereotype of black women being vicious, disruptive, and unfulfilled.

Nsenga Burton, a professor at Emory University in Atlanta, said that it is easy to see why black women have rallied around Markle because they see themselves in how she was being treated.

Carrying on, keeping a stiff upper lip, and not rocking the boat only serves to help the people who are executing the racism and not the people affected by it.

Natasha Eubanks, the founder and editor the TheYBF.com said that to exhibit self-sovereignty has always been a privilege reserved for men, largely white men.

However, Markle is here and exhibiting this "audacity" and is also being pushed by her husband, a man, who is also white.

Eubanks said that Prince Harry presenting a united front with Markle triggers people because it places "a white Prince of royal blood and a black American woman commoner" on equal foot.

It does not sit well with everyone due to how they have been conditioned to view women and people of color, whether or not they realize it.