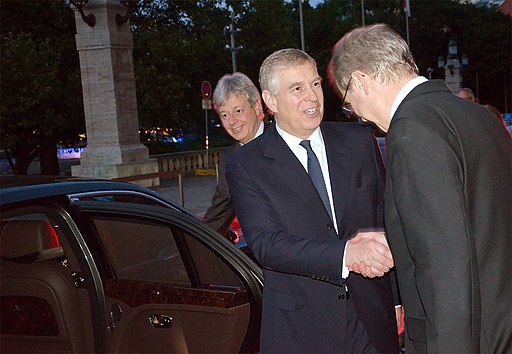 Prince Andrew may have been released from his royal duties, but he is still caught under investigations that link him with pedophile and convicted sex offender Jeffrey Epstein.

Now, new photo emerged that caught the British prince handing over a gift to a scandal-hit governor. The photo showed the Duke of York giving gifts to former New Mexico governor Bill Richardson, who was implicated in the Epstein scandal in 2003.

The Prince Engaged In Indecent Transactions

The Palace had said that the Prince was there seeking support as U.K.'s trade envoy. He was there to see to the fulfillment of successful trading internationally. Furthermore, the Prince had been tasked to promote foreign investment for U.K. companies.

However, the Palace could not confirm where Prince Andrew stayed during his official state visit in New Mexico in 2003.

There had been mounting evidences that show Prince Andrew had stayed at Jeffrey Epstein's Zorro ranch. It was a 45-minute drive to the ranch from where the official state visit press conference had taken place in Santa Fe, where he swapped presents with the sex scandal-stricken Richardson.

Prince Andrew had given Richardson a wine coaster handmade by another royal. Meanwhile, Richardson had gifted the Prince a black concho belt. The gifts were reportedly given to improve trade between the U.K., New Mexico, and the United States.

Having a Lot in Common

Furthermore, Prince Andrew was quoted as saying he has "a great deal in common with Richardson." Commonalities may have included friendship with the sex offender Epstein and engaging in coercion of minor-aged girls.

Moreover, Prince Andrew's accuser Virginia Roberts-Giuffre also made allegations against Richardson. Giuffre previously accused Prince Andrew of coercing with her, which the Duke denied in front of national television.

Giuffre also claimed in court that Epstein ordered her to have sex with Richardson along with other prominent men.

The Duke had said the same things of Richardson about feeling honored to visit him in New Mexico. Prince Andrew previously told BBC Newsnight that he felt it was the honorable thing to do to stay at Epstein's mansions out of courtesy of invitation. However, he did deny being a witness to the sex trafficking and scandals made there.

The Duke of York was said to have spent three days from October 20 to 22 at Epstein's baby-making ranch. While there is no official record of where he had stayed, he previously admitted on the now infamous BBC interview that he had stayed at Epstein's houses and island during their friendship.