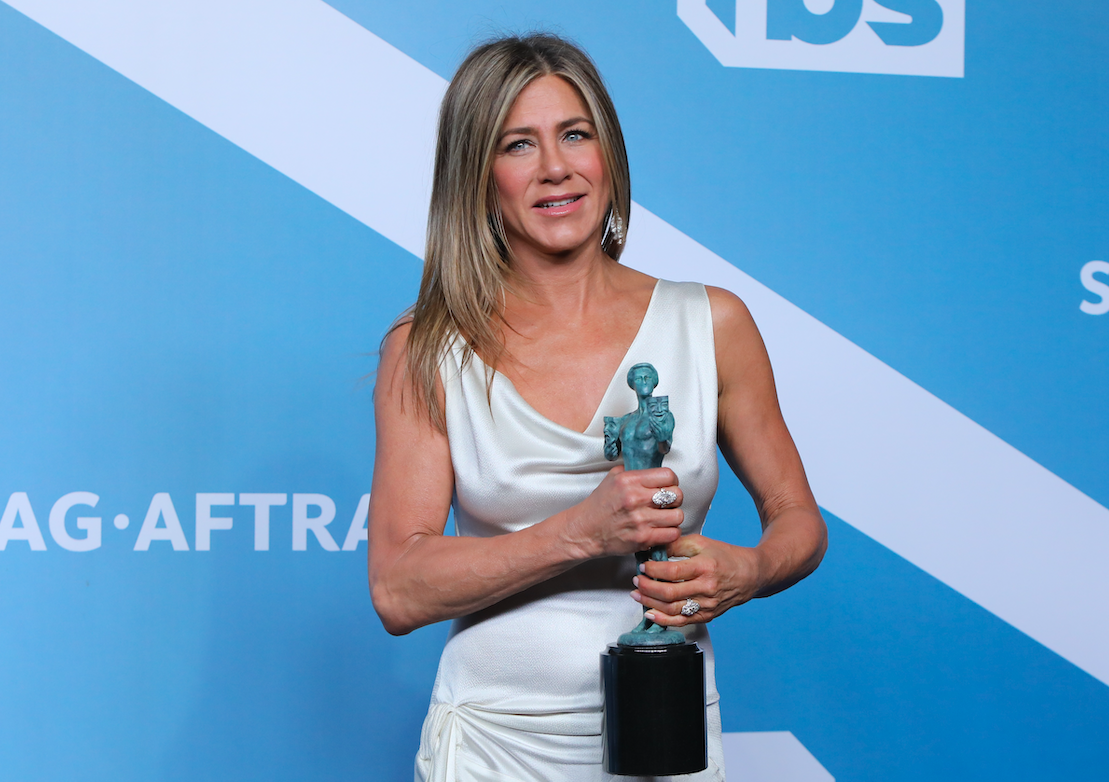 Brad Pitt and Jennifer Aniston's sweet reunion at the 2020 SAG Awards led many to believe that the former couple is rekindling their romance.

While it is an emotional night for them and their fans, Aniston is reportedly not dating her husband, according to People Magazine.

A source close to the pair told the publication that Aniston was happy for the "Once Upon a Time in Hollywood" actor and they congratulated each other, but "that was it."

"They are friends and happy for each other," the source emphasized.

However, one thing both Aniston and Pitt want for each other is happiness -- as cliche as it may sound.

"They want nothing but happiness for each other. Jen is happy to have Brad back in her life as a friend, but that's it."

Brad Pitt and Jennifer Aniston made headlines early this week after were photographed congratulating one another backstage after winning an SAG Award.

The person who took the photos told The Daily Mail that she was running back and forth between the two backstage areas when she spied Pitt walking down the hallway towards Aniston.

Emma McIntyre said, "He called out 'Aniston!' and she turned around, and they embraced and congratulated each other."

According to McIntyre, the moment was "really touching" and that you could sense "the respect between the two people who have known each other 20 plus years and are both outstanding in their field."

Speaking to Entertainment Tonight, the "Friends" actress revealed that she profoundly values having Pitt's support along with her other friends, saying, "It means everything. We all grew up together, this whole room. That's why their performances move me and excite me and allow me to be here."

Jen also spoke about her run-in with her ex-husband and her thought about a possible reunion, saying, "it's hysterical, but what else are they going to talk about?"

One celebrity friend who cheered alongside the fans after seeing the photos of the former married couple was Courteney Cox.  She was "liking" pictures of Brad Pitt and Jennifer Aniston on Instagram.

A source close to Cox told Hollywood Life, "Courteney's thrilled to see Jen and Brad on such great terms. But more than that, she loves seeing her best friend so happy. Jen is having a moment, and it's only natural Courteney is cheering her on."

However, the source revealed that Cox cheering does not mean she wants them to get together. She cheered because "it's a beautiful thing they can still see and appreciate the good in each other." After all. not all ex-married-couples could achieve this, especially if they were put in Aniston and Pitt's situation.

READ MORE: Kylie Jenner Reveals How Many Kids She Wants -- And It May Surprise You!