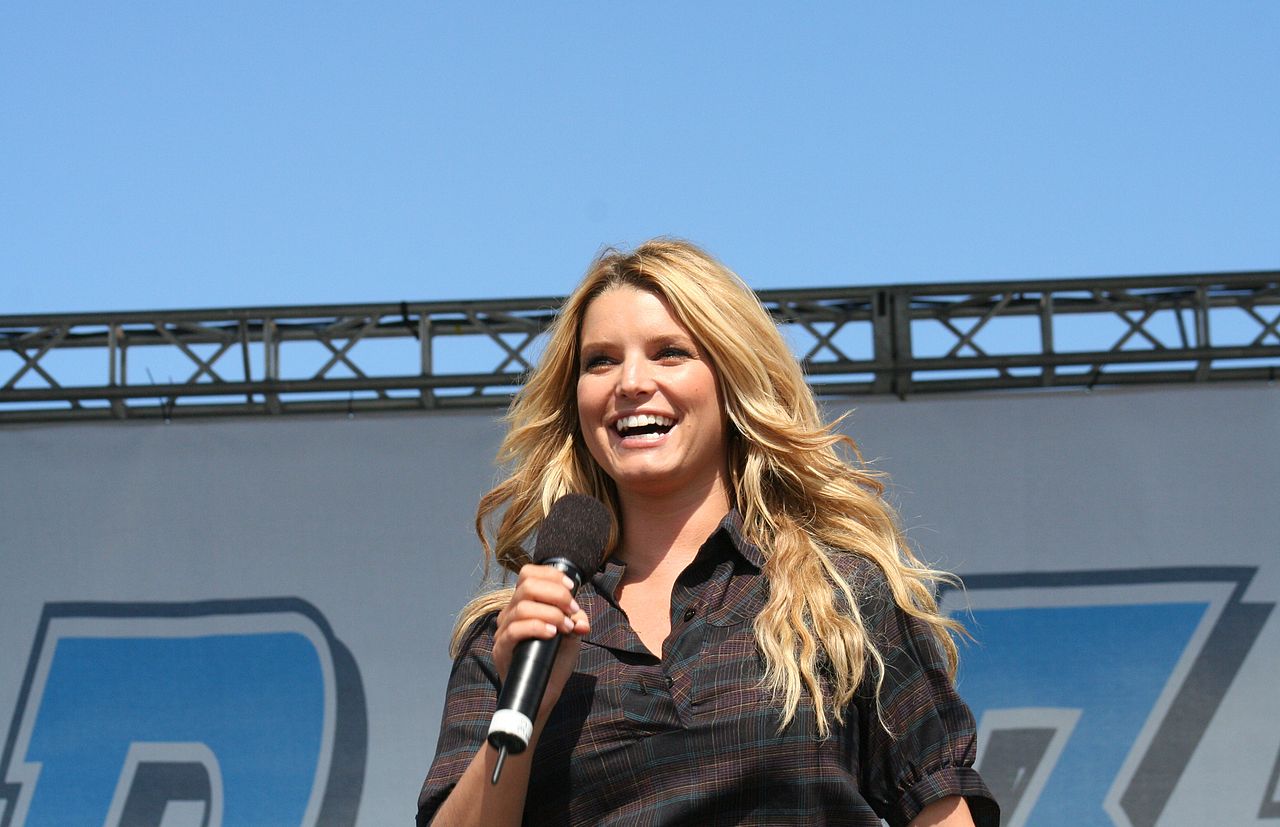 Jessica Simpson continues to open up about her upcoming memoir, "Open Book." This time, she revealed a new story about Justin Timberlake.

Speaking to Jimmy Kimmel on his show, Simpson reflected on her audition for the "Mickey Mouse Club" in the early 90s. She did not make the final cut, but future stars like Justin Timberlake, Ryan Gosling, Britney Spears and Christina Aguilera did.

The singer and actress then revealed that several years later, she and Timberlake reunited and shared a smooch during a time they were both single. This was when Simpson divorced her husband Nick Lachey in 2005.

"I knew Justin Timberlake very well. After my divorce and he was out of a relationship, he was, like, over at my house, and we shared a nostalgic kiss," Simpson shared in detail.

However, it was not Jessica quite expected.

The star told Kimmel: "And I thought, 'Oh, this is interesting.' And then he took his phone out and starting typing. And I was like, 'Okay, I hope that's not another girl. Did I, like, stick my tongue out too much or, you know?"

It was not another girl, though.

Then, the 39-year-old mother-of-three explained that Timberlake and Ryan Gosling made a bet on who would kiss her first when they were only 12 years old.

"And so he texted Ryan to say he won the bet. And I was like, 'Okay. So we don't kiss again,'" Simpson furthered.

The joke is apparently on Timberlake, however, as Jessica revealed she would rather have a kiss from Gosling.

"Ryan was the one where I was like, he was cool, and he's from Canada, and I don't know where that is on the map, but that was cool," Simpson told the host of the "The Notebook" actor.

Unfortunateluy, nothing ever happened between Simpson and Gosling.

"There was something so cute about him. But Justin won the bet."

When the interview went live, not everyone was happy with what it revealed. There was a ton of hate toward Timberlake.

"Every time I hear about him, he's a piece of s***," one person commented on the interview's YouTube page.

Another declared, "I'm glad people see Timberlake for the absolute a******* and trash he's always been."

During the time Timberlake and Simpson kissed, Simpson was going through a divorce with Lachey. They met in 1998 and got married in 2002.

In 2014, Simpson went on to marry Eric Johnson and have three children together, Maxwell, Ace, and Birdie.

In Simpson's memoir, she revealed her past struggles with pills and alcohol abuse and mentioned that she is also a survivor of sexual abuse.

She hopes that "Open Book" will help others because it has been an emotional journey for her, one that came through the other side with "pure happiness, fulfillment and acceptance" of herself.

Simpson confessed that she used her pain and turned it into something that can be beautiful and inspire people.