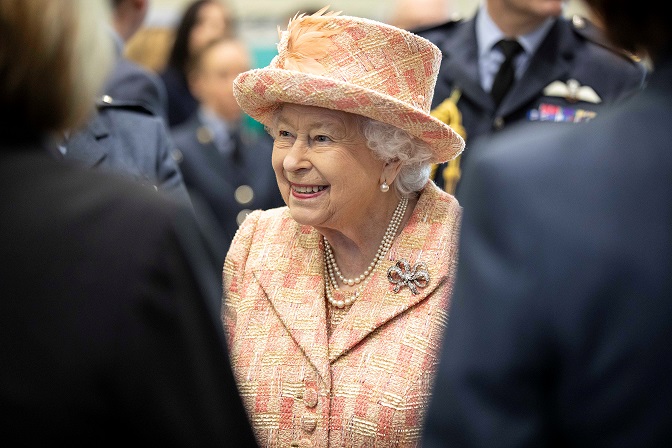 The Queen is like any typical grandmother who has her own share of favorites. This time, her favorite grandson in the person of Peter Phillips has brought bad news to his grandmother.

Phillips revealed that his wife of 12 years asked to be separated from him.

Her Majesty, Queen Elizabeth II, was upset when she learned that Autumn, 41, and her grandson, 42, are looking into separating after more than a decade.

Autumn used to work for Canadian Intelligence before she married Princess Anne's son, Peter Philipps. Peter was in a total shock when Autumn told him that she wanted to put an end to their union.

"He was devastated," a friend close to the royal said, per The Sun.

Peter works as a sports marketing consultant while Autumn works as a management consultant. They share two children together: Savannah, 9 and Isla, 7.

"He thought that he was happily married and that they were a perfect family with two lovely daughters," Phillips' friend revealed. "Now, Peter is in total shock."

Autumn Philipps has always been a wonderful wife and a happy mother, but sources said that she had told her friends for some time that they have been having issues.

"The news of their impending separation is the last thing that the Queen needs at the moment," the source said. This only shows that the royal family is slowly falling apart.

The shocking announcement came amidst rumors that the mom of two wants to follow Prince Harry and Meghan Markle to Canada. Close friends of the couple believe that the controversial Megxit has fueled Autumn's desire to go back to her native land.

"Maybe she was influenced by the departure of the Duke and Duchess of Sussex. Perhaps she thought that if they could make it happen, then she could do it as well," a close friend added.

Sources clarified that there are no other parties involved in the split. Their friends are certain that neither Peter nor Autumn is involved with anybody else.

"Maybe, they just grew apart, but it surprised Peter, so he is really upset," the same source furthred.

The split is seen as the latest problem to hit the royal family and it is just the beginning of the year. It follows the scandal that involved Prince Andrew and his controversial relationship with the convicted sex offender Jeffrey Epstein, as well as Prince Harry and Meghan Markle's decision to step back as senior members of the royal family.

Now, everyone is surely wondering, what is the worst thing that could happen next?