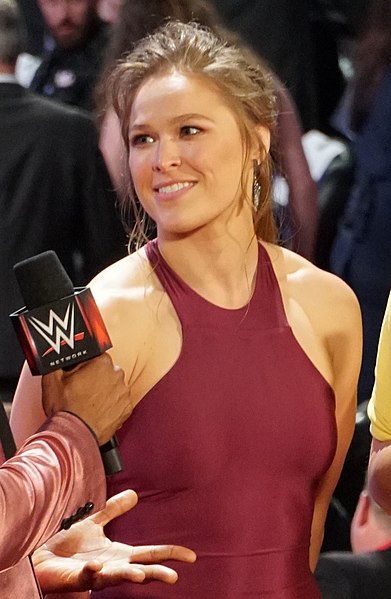 Ronda Rousey is back, but not in the Octagon where she previously dominated.

The former UFC star is the newest addition to Facebook Gaming as a streamer. This is the first time that Rousey tries her hand in video streaming, and she is about to make a huge change in her career.

Several big names in streaming have left other platforms to join Facebook in the last several months. Now, Rowdy is the latest name to join the wave -- and perhaps one of the biggest names yet.

Rousey had a very colorful career both as a fighter and as an actress. She caught the eyes of everyone when she won a medal in Judo in the 2008 Olympic Games. From there, her career took off and she began to be known for as one of the best female MMA fighters ever.

Rousey unofficially retired from MMA in 2016. While she returned to the scene in wrestling through the WWE, her latest jump is way different from the physical and highly demanding arena she previously play on.

Ronda Rousey confirmed in a shocking announcement on Twitter that she would be joining Facebook Gaming as a streamer.

"Game streaming is one of the most authentic mediums, & the time is right for me to jump into the stream exclusively onf Faceook Gaming," Rousey wrote.

Game streaming is one of the most authentic mediums,& the time is right for me to jump into the stream exclusively on FacebookGaming. My first stream is on Feb18th at 3pmPST-100% of proceeds from the first stream go to Australian bushfire recovery effortshttps://t.co/O9QlM8KkaK pic.twitter.com/pAHMWvhEkU — Ronda Rousey (@RondaRousey) February 13, 2020

Little do people know, Rousey is actually an avid gamer, which is why it got her really excited to finally land a job on Facebook. Rousey said that her first assignment is to play "Pokemon: Sword and Shield."

What is even better about her playing and streaming is that 100% of the proceeds of the first stream will go to the relief operations in the Australian bushfire.

Those who are interested in Rousey's new adventure will have to wait for a few more days, as Rowdy herself revealed that her first stream will be on Feb. 18 at 3 pm PST. While a concrete schedule when Rousey will be streaming is yet to be released, she mentioned that she might do regular streams on Sunday or Monday mornings.

I only found a shiny ekans once in Pokémon silver and then never again till I caught 54 nidoran in let's go Pikachu and found a shiny with amazing stats too! I tried to catch a second and gave up after a little over 100 https://t.co/nniRTEvuxL pic.twitter.com/YM9wxU1wDr — Ronda Rousey (@RondaRousey) February 14, 2020

Facebook Gaming has started to pick up its pace. Several known high priority streamers have left their platforms to join Facebook.

After expressing his unhappiness with Twitch, the streamer known as DisguisedToast has left the platform and moved to join Facebook.

Last December, "Super Smash Bros." pro player ZeRo announced that he will be joining the company as well in their new project. The player revealed that the platform offered him more opportunities than Twitch.

While Facebook might not be the first platform that people go to when they are looking for video games content, it seems the site is making its own name in that field. It has done an impressive job of working to grow its collection of content creators for the gaming field.

Rousey joining Facebook is indeed a big move for both the star and the platform. Despite being an athlete, Rousey might need to work a bit harder to build a fanbase as a gaming streamer. However, it will not be a surprise if some of her WWE or MMA fans who have never signed up for the platform before would do.

This would be comparable to the tactic that the site "Caffeine" used when they decided to bring in Drake in exchange for a multi-million-year contract. With the fanbase and a powerhouse like Facebook, Rousey might just be the next big thing in the gaming community.