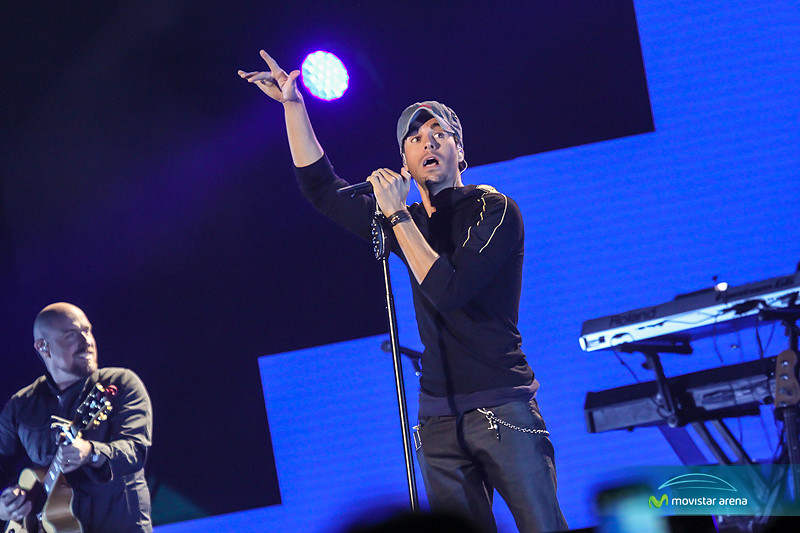 Just last month, fans of the couple were shocked to find out that the Russian beauty was already pretty far along in her pregnancy.

The Spanish-Filipino's brother Julio José confirmed the extremely private couple has reportedly welcomed their child, something the older brother is really proud of.

Speaking to Chilean radio station AND, José was asked if he was going to be an uncle again. He said, "I've already become an uncle."

The radio host, addressing whether he was referring to the couple's two-year-old twins, asked, "Has the baby already been born?"

On Thursday, Iglesias posted a Twitter along with a picture and captioned it, "My Sunshine 01.30.2020."

The 44-year-old father is wearing a hair cap, a surgical mask, and scrubs while holding their little crying newborn baby in his hands. Kournikova also shared a photo shortly after giving birth on Instagram, which shows her embracing her bundle of joy with the caption, "My Sunshine 01.30.2020."

She followed it up with a second snap of her man leaning down to kiss her as his hand gently caresses his baby's head.

Enrique Iglesias and Anna Kournikova's happy news comes more than a month after the tennis superstar shared a rare video of Lucy and Nicholas frolicking on a field of green grass.

The twins were born in December 2017.

It also comes after pregnancy news that Hola!Spain magazine obtained pictures of Kournikova showing the 38-year-old on board a yacht in Miami wearing a blue hoodie while covering her stomach.

Her singer boyfriend also went for a casual look, wearing only khaki trousers and a gray t-shirt.

At that time, they didn't confirm or deny the rumors.

During Kournikova's first pregnancy, fans were already left in the dark, so at that time, it was assumed that fans and the media wouldn't get any confirmation.

Enrique Iglesias and Anna Kournikova first met on the set of Iglesias' "Escape" music video in 2001.

Kournikova was already an international tennis professional before meeting her now-boyfriend. Though she hasn't won a title on her own, she ranked number eight in the world in 2000, according to the Women's Tennis Association (WTA.) she won 2 WTA Championships in 1999 and 2000 and retired at 21 because of a back and spinal problem.

In the music video, Kournikova played as the singer's love interest, and ever since then, the rest is history. Their chemistry in the music video was undeniable that it's no wonder their relationship became real behind the camera.

In a video feature in 2001, Iglesias spoke candidly about his future wife, saying, "She's beautiful, talented, great tennis player. It doesn't take a good actor to kiss Anna and try to make it believable."

A year later, the couple made their red carpet debut at the 2002 MTV Video Music Awards, letting everyone know that they were together.

The couple had two rumors of secret wedding and divorce, up to this day, they are still not married. They have just been together since 2002.

READ MORE: America's Got Talent: The Champions: 13-Year Old Angelina Jordan Got This?