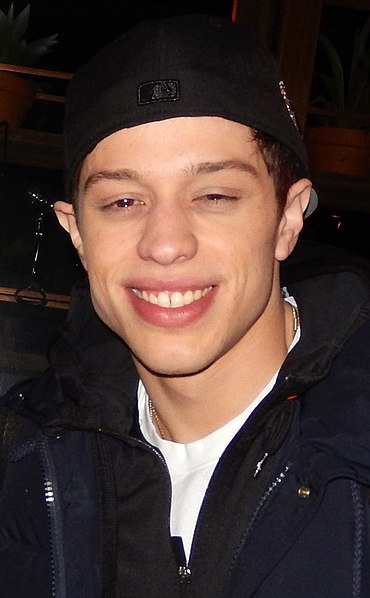 "Saturday Night Live" might lose one of its most important stars as Pete Davidson is already starting to think of his exit.

On Monday, the comedian sat down with Charlamagne tha God for an interview where he opened up about his experience on the show.

"I have a weird feeling in that building where I don't know whose team they're playing for," the star told Charlamagne tha God on his YouTube channel. "If I'm the joke or I'm in on the joke."

To his point, many of his most notable sketches on the series have either called on him to personify one-dimensional characters or play the most intimate and morbid details of his life.

Davidson is reportedly tired of being the butt of the joke, saying "I personally think I should be done with that show because they make fun of me on it." He also admitted that the on-air jokes about his personal life can make his job difficult because of audiences.

As a comedian that is still trying to establish himself, Davidson struggled with feeling like he is not being taken seriously on the set.

Asked by the TV personality why he has not asked his "SNL" castmates to stop making jokes about him, the comedian said he would not because "then I'm a hypocrite like that's what they do. That's their show."

Pete confessed that he wanted 2019 to be his last year on the series after six years, but he is still "around and trying to knock it away." Everyone is reportedly just telling the 26-year-old, "You'll know when you know, and it'll be all right."

Davidson described the "cutthroat" environment inside Studio 8H, saying, "Everyone's trying to get their s*** on. Everyone wants to be the next big thing. You're not going to get coddled over there. They don't give a f*** t the end of the day."

However, he did praise Lorne Michaels and admitted that he had treated the star with "nothing but love" and has been a father figure to him. And as long as Lorne likes him, Pete is happy to stay with "Saturday Night Live."

At 20 years old, Davidson joined "SNL" in its 40th season in 2014. He was one of the youngest cast members to join the series. His highly publicized relationship with Ariana Grande in 2018 dominated tabloid headlines as well as controversial jokes on the show.

The stress about his stay in the show, combined with his ongoing battle with his mental health has taken its toll on the star. Luckily, his other projects keep him going.

Davidson told Charmalagne tha God that work is the only thing that makes him feel better. "I love writing, hanging with my friends, stand-up. It's the ultimate distraction."

According to the show's synopsis, it's a 49-minute stand-up comedy dropping a candid and intimate stand-up special live in New York City.

READ MORE: 3 Most Emotional Moments of the Kobe Bryant 'Celebration of Life' Memorial