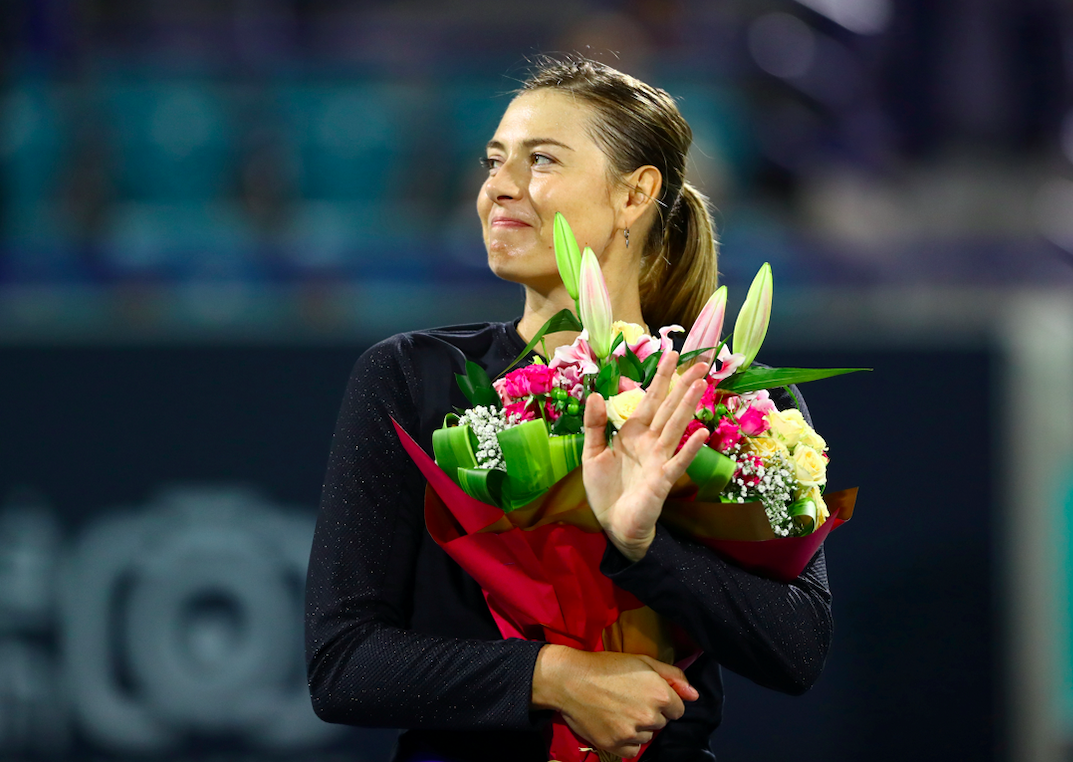 The 32-year-old made the announcement, not at a press conference, but in an article she wrote for Vanity Fair.

"I'm new to this, so please forgive me. Tennis-I'm saying goodbye," Sharapova wrote.

The Russian-born player wrote a love letter to the sport that made her one of the world's most famous female athletes.

"How do you leave behind the only life you've ever known? How do you walk away from the courts you've trained on since you were a little girl, the game that you love - one which brought you untold tears and unspeakable joys - a sport where you found a family, along with fans who rallied behind you for more than 28 years?"

Sharapova wrote that she was saying goodbye to the sport, saying she'll miss it every day and will miss the training and the daily routine that included waking up at dawn, specifying how she laced her shoes from left foot to the right, then closing the court's gate before hitting the first ball of the day.

"I'll miss my team, my coaches. I'll miss the moments sitting with my father on the practice court bench. The handshakes - win or lose - and the athletes, whether they knew it or not, who pushed me to be my best."

She is moving on from a game she once dominated.

Tennis showed me the world—and it showed me what I was made of. It’s how I tested myself and how I measured my growth. And so in whatever I might choose for my next chapter, my next mountain, I’ll still be pushing. I’ll still be climbing. I’ll still be growing. pic.twitter.com/kkOiJmXuln — Maria Sharapova (@MariaSharapova) February 26, 2020

Maria Sharapova's last appearance came at the 2020 Australian Open, where she was immediately beaten in the first round by Donna Vekić.

She burst onto the international scene at only 17 years old when she beat Serena Williams in an upset at the 2004 Wimbledon final.

A year later, she reached number one.

The 6-foot-2-inch athlete was known for her grit and her groundstrokes and her grunting.

In total, she spent 21 weeks as the World Tennis Association's world number one.

However, some of those achievements have been tarnished by the positive test she returned for meldonium.

In 2016, she had a prescription for a heart medication that can improve blood flow. She has initially been banned from the sport for two years, which she called "unfairly harsh" in a Facebook post before the International Court of Arbitration for Sport reduced the suspension.

According to the Women's Tennis Association, Maria Sharapova's earnings on the court reached $38.8 million, making her the third-highest earning female athlete after Serena Williams with $92.7 million and her sister, Venus Williams, at $41.8 million.

While the fourth-top earner Simona Halep may likely to pass the Russian tennis player, Sharapova is expected to stay among the top ten earning women for the sport.

The blonde Russian wrote the key to become a successful tennis player, saying, "I never looked back, and I never looked forward. I believed that if I kept grinding and grinding, I could push myself to an incredible place."