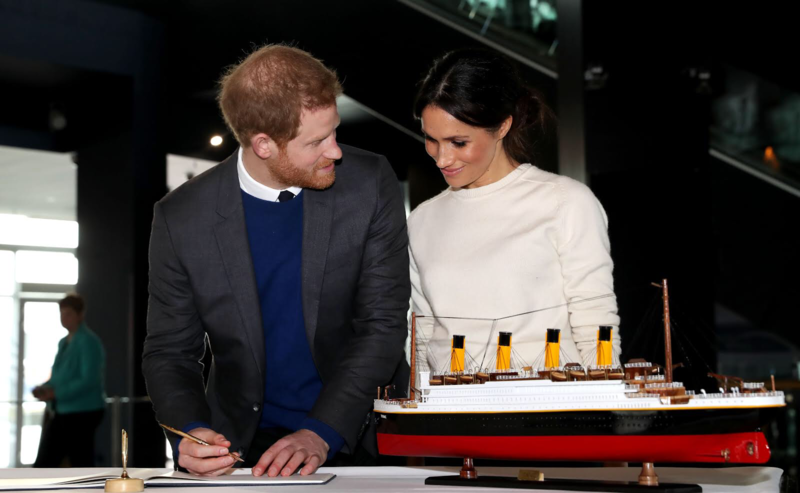 Meghan Markle may be angry for being blamed for "Megxit," but in the coming weeks, the Duchess of Sussex will be enjoying the freedom she has at the Met Gala 2020.

The Duchess of Sussex has chosen the perfect city to make it known to the world that she and husband Prince Harry are no longer tied to the neck to their royal duties. By the end of this month, the couple will officially be royal-free, and so Meghan is expected to be at this year's Met Gala in New York City.

Back Where She Belongs

According to the report released by The Sun on Sunday, the 38-year old mom of Prince Archie has been invited to this year's Met Gala. She will be rubbing shoulders with the biggest names in the fashion industry, including the editor-in-chief of British Vogue Edward Enninful.

However, the report also suggested that the Duchess of Sussex will be going to the event alone. She will be leaving her husband at home while she walks the red carpet for her first "Hollywood appearance" after Megxit.

Markle famously co-edited an issue of British Vogue alongside Enninful last year. According to the report released by The Sun, Meghan is planning to wear something glamorous yet androgynous to achieve a new look for the May 4 event.

The report suggested that the theme Meghan picked was based on the character in "Orlando" written by Virginia Woolfe.

Although Meghan has yet to confirm her attendance at one of the world's most talked-about events in Hollywood, her fans could not help but feel excited to see her back in her comfort zone.

Every fashion enthusiast knows the importance of one's attendance at the Met Gala. It is an event reserved only for who's who in show business. The name of Meghan naturally came on the first few names on this year's guest list.

A source of The Sun said that Edward and his team are excited to see the two brilliant minds together again at the Gala.

"Meghan is keen at getting out and attending social occasions without Prince Harry by her side. It will help her establish herself again in Hollywood," the source added.

Meghan became popularly known in Hollywood for the role she played in the hit television series "Suits." In fact,  the couple may have opted to live in North America -- particularly in Canada -- as the country has been home to the Duchess. She stayed there for years while filming the series.

The report also revealed that Markle has been trying to line up roles in Hollywood. This time, she got her eyes on superhero flicks.

Buckingham Palace did not confirm or deny anything. They also have not responded to the requests for comments.