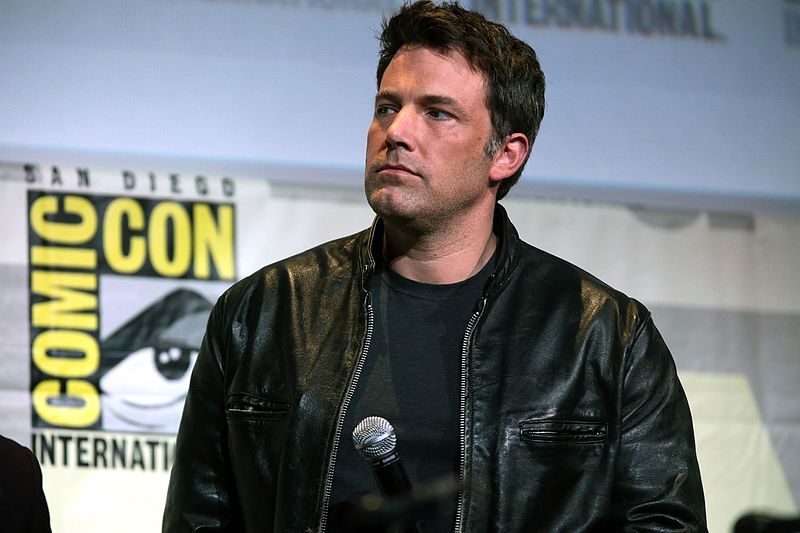 The actor teased that his career as a child star was the reason why his good friend Matt is in Hollywood now. He claimed that Damon took the risk of joining Hollywood all because he was "jealous" of Affleck.

The 47-year-old star opened up about his childhood years whn he started acting. During his appearance on Sirius XM's The Jess Cagle Show on Tuesday, "The Way Back" star could not help but throw a joke at his long-time pal and good friend Matt.

"When I was about 7 or 8, my mom's friend was a casting director," Affleck began. "She was looking for children to do a 'pre-Dora The Explorer' kind of show about science and math. My mom had me come in to audition for the show and I got the part."

The show came on air sporadically that Affleck's childhood acting career was kept to a minimum. "I'm glad that I grew up with a rather normal childhood in Boston," the "Argo" star shared.

Although his stint as a childhood actor was short and sweet, the actor revealed that it taught him two important lessons in life.

"It instilled in me a deep affection for this art and craft. It made Matt Damon very jealous that he had to pursue a career in the cinema too. So, I really take credit for that," Ben said jokingly.

The two have been childhood friends that they practically grew up together in Cambridge Massachusetts. As Ben Affleck looked back at everything they have been through, he is confident that their bond has stayed stronger from when they were kids up to now that they have become serious in their acting careers.

The "Gone Girl" star also revealed in his interview at Jimmy Kimmel Live on Tuesday night that he and Damon had more acting faceoffs when they auditioned for the same roles in plays when they were in high school.

"Matt walked up to me and gave me advice on acting. He said that high school play is not like television. I couldn't get by with just my looks and my haircut alone," Affleck shared.

The two became longtime friends since then. They worked on a number of projects in Hollywood together, too. Both Affleck and Damon starred in "Good Will Hunting." For that film, the two won an Oscar for Best Original Screenplay.

Friendship Beyond the Years

In an interview in 2016 with Entertainment Tonight, Damon revealed why his friendship with Affleck remained strong even after 30 years.

"We were both in love with the same thing -- filmmaking and acting," he revealed at that time. "We fed on each other's obsession during our formative years and that bonded us for life," he added.

Two years after that interview, Matt Damon found himself supporting his friend Affleck, who suffered another relapse in his alcohol addiction.

He told Us Weekly that he will always be there for Ben. "When he needs me, I will be there," Damon said..