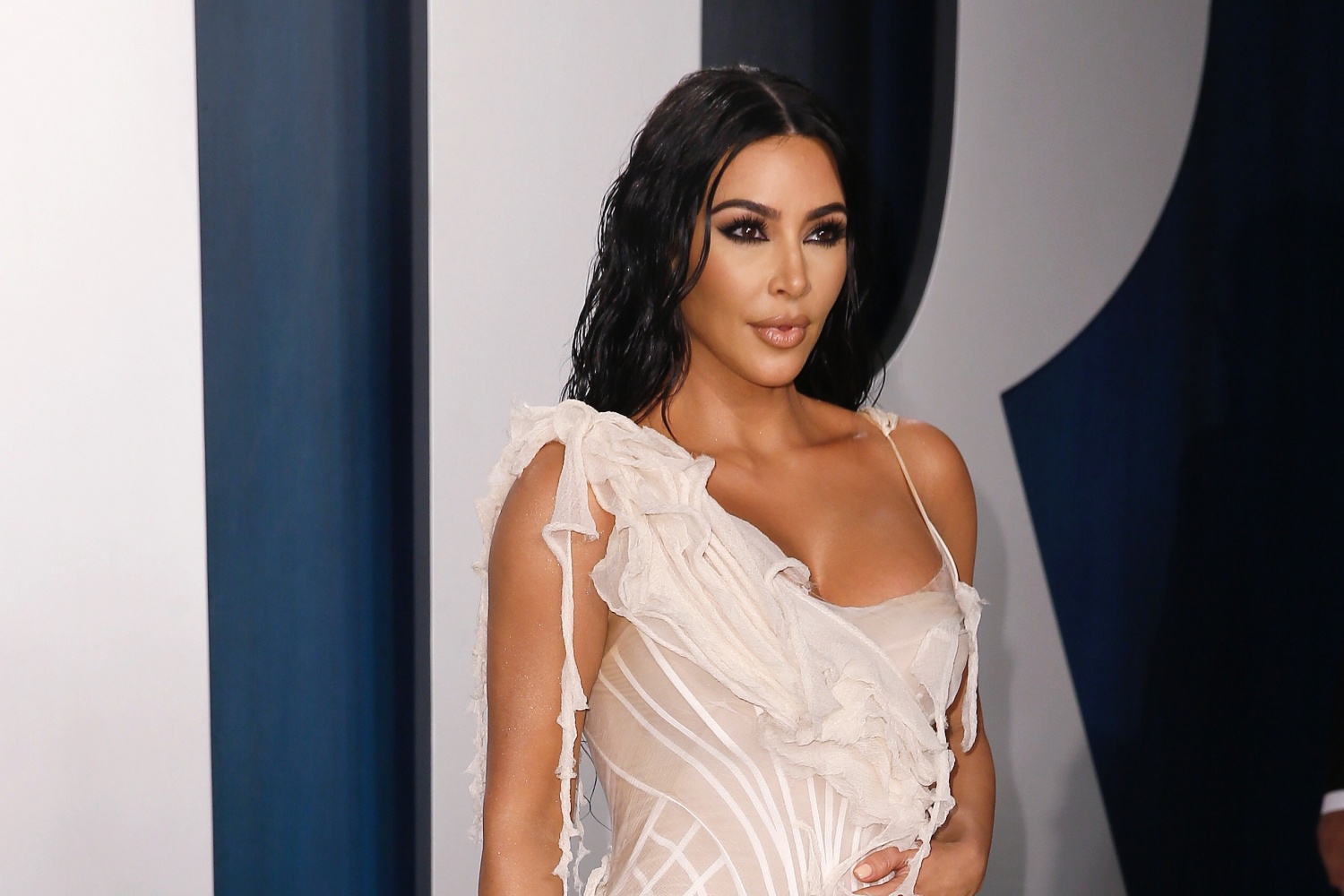 People say "dress to impress," but Kim Kardashian ultimately failed to make her fans fall in love with her recent viral outfit.

The Kardashian sisters Kim and Kourtney attended this year's Paris Fashion Week in France. Of course, their attendance always needed some "proof," so the eldest sister posted a snap of one of their outfits in the prestigious event.

On Wednesday, Kourtney shared with her 87.7 million Instagram followers a picture of her and the KKW Beauty mogul alongside the caption, "you be chocolate, and I'll be caramel."

The sisters sported somewhat matching skin-tight looks -- with Kourtney showcasing a dark brown attire and Kim flaunting the lighter version of the outfit but with more details compared to Kourtney's.

Although they are known to dominate the fashion industry and even established their own beauty empire, Kim still became the center of criticisms for her awful look.

One fan pointed out that the 39-year-old media personality overdid surgeries/implants and exclaimed, "Goodness gracious! Kim Kim Kim why? Wish you could've realized how beautiful your natural body was."

Another fan wrote, "Trying to protect yourself from the coronavirus outfit lmfaoooo."

What surprised fans even more was the fact that the almost-gold Balmain look of Kim was just one of her three Paris Fashion Week latex outfits.

Aside from her latex getups, Kim also received backlash for another cultural appropriation act during the same prestigious event.

The SKIMS founder attended the Yeezy Season 8 show, where she got accused of appropriating black culture after debuting a braids hairdo.

Another stylish choice aused her to be lambasted online.

One Twitter user said, "Bruh why do you keep doing this? You think she'd learn. Put your hair up in a high pony and go to the fashion show like everyone else."

Last week, people also called her out for cultural appropriation and blackfishing after she revealed that she uses her KKW Beauty products to darken her "too pale" hands.

Kim also previously sported a latex Thierry Mugler dress during last year's MET Gala, and she received the same amount of denunciations from people -- including her husband, Kanye West.

Kim's Met Gala dress was notably designed to display a wet-look, but Kanye deemed it to be "too sexy" in his eyes.

Their argument got heated more during one episode of Keeping Up with the Kardashians, during which West confessed that he was already over the days when he wanted his wife to look good for others. It was the reason why he thought her Gala outfit was too sexy, and it was too much for him.

According to People Magazine, she spent hours trying her show-stealer dress before the MET Gala, so she definitely did not like it when someone -- and worse, her husband -- did not appreciate it despite spending eight months in preparing it.