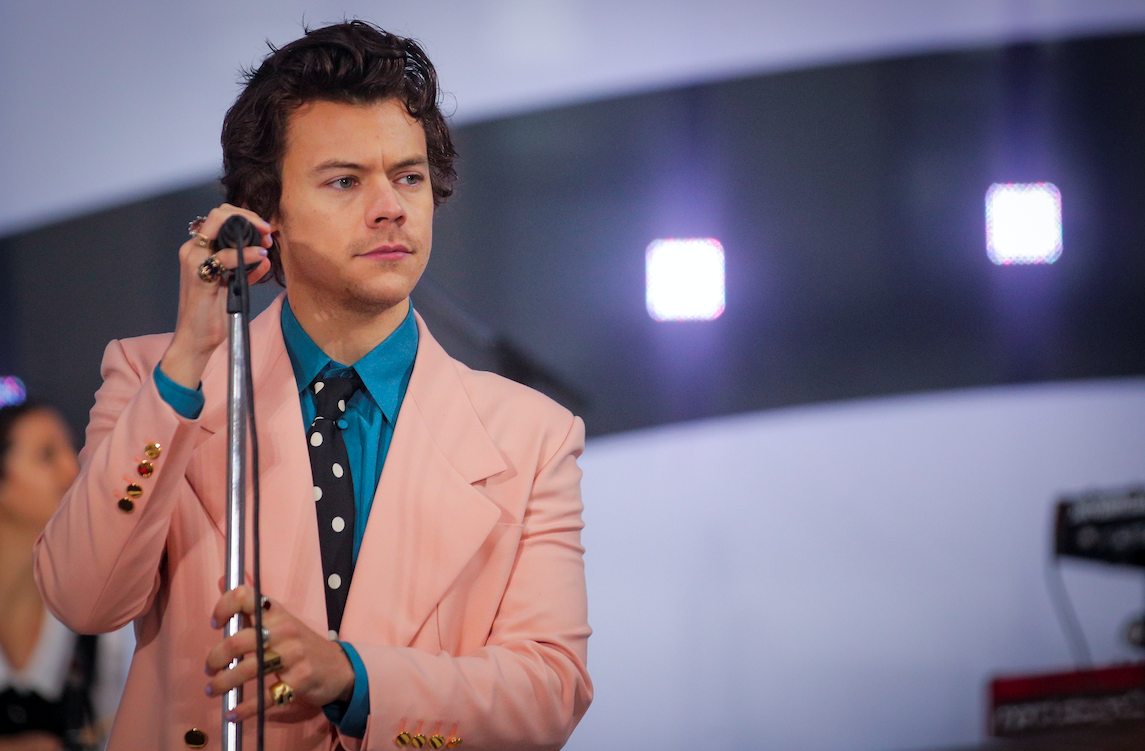 Former One Direction band member Harry Styles has recently revealed his admiration for The Beatles star Sir Paul McCartney in an interview.

Speaking to Howard Stern, Styles recalled watching McCartney perform live at London's O2 Arena in December, saying that he was just blown away by the show.

Styles explained how he wants to be like him one day. "He clearly just loves it. You're like, who ultimately do you want to be at the end of the day?"

Answering his own question, Styles said, "You want to be the guy who's 70 and playing for three hours because he can, and he wants to and everyone's loving it, and he's having fun."

The "Watermelon Sugar" hitmaker finds McCartney and The Beatles inspiring and incredible.

Styles previously spoke about the influence Paul McCartney and his former band, The Beatles, had on his music career, as he said a documentary the late John Lennon had inspired him to learn the piano.

The "Falling" singer-songwriter told Stern, "I watched, 'Above Only Sky' on Netflix. Seeing him play 'Imagine' on the piano made me want to take piano lessons."

He also revealed that "Jealous Guy" was one of his favorite songs from Lennon, adding, "I like 'Mind Games' too. My favorite ever album is the John and Yoko Live Peace in Toronto."

In 2016, Harry came face-to-face with his idol when he interviewed the "Hey Jude" composer for Another Man magazine.

In the interview, Styles asked the singer about going solo in 1970.

"When you first went from being in a band to being on your own, what was the creative side of that like?" the 26-year-old asked.

Styles wanted to know if the veteran musician found it challenging to think about doing something different.

McCartney told the pop star, "When The Beatles broke up, I was in the process of writing some stuff. So I just did something very simple, which was the first album I ever did solo called 'McCartney.'"

He added, "I just had to get it out of my system. So I didn't really overthink about it, I just did."

But McCartney admitted that it was difficult at some point because he was torn between making music similar to The Beatles or should he go in a "completely different direction?"

Harry was a member of one of the decade's biggest boy bands, One Direction, along with Niall Horan, Liam Payne, Louis Tomlinson and Zayn Malik.

The band was formed in 2011, but in 2015, Malik left the band. A year later, One Direction went on a hiatus, but over the past couple of years, the remaining members have not said anything about doing a reunion.

Each member of the band has released their own solo albums, with Styles recently releasing a powerful and emotional video for his single "Falling."

Speaking about the song in an interview, he said that the song is about a period of time where he started falling back into a dark place.

"Falling is about getting right before a place that you recognize as a low for you. You feel yourself falling back into that down period and being sad about what you lost."