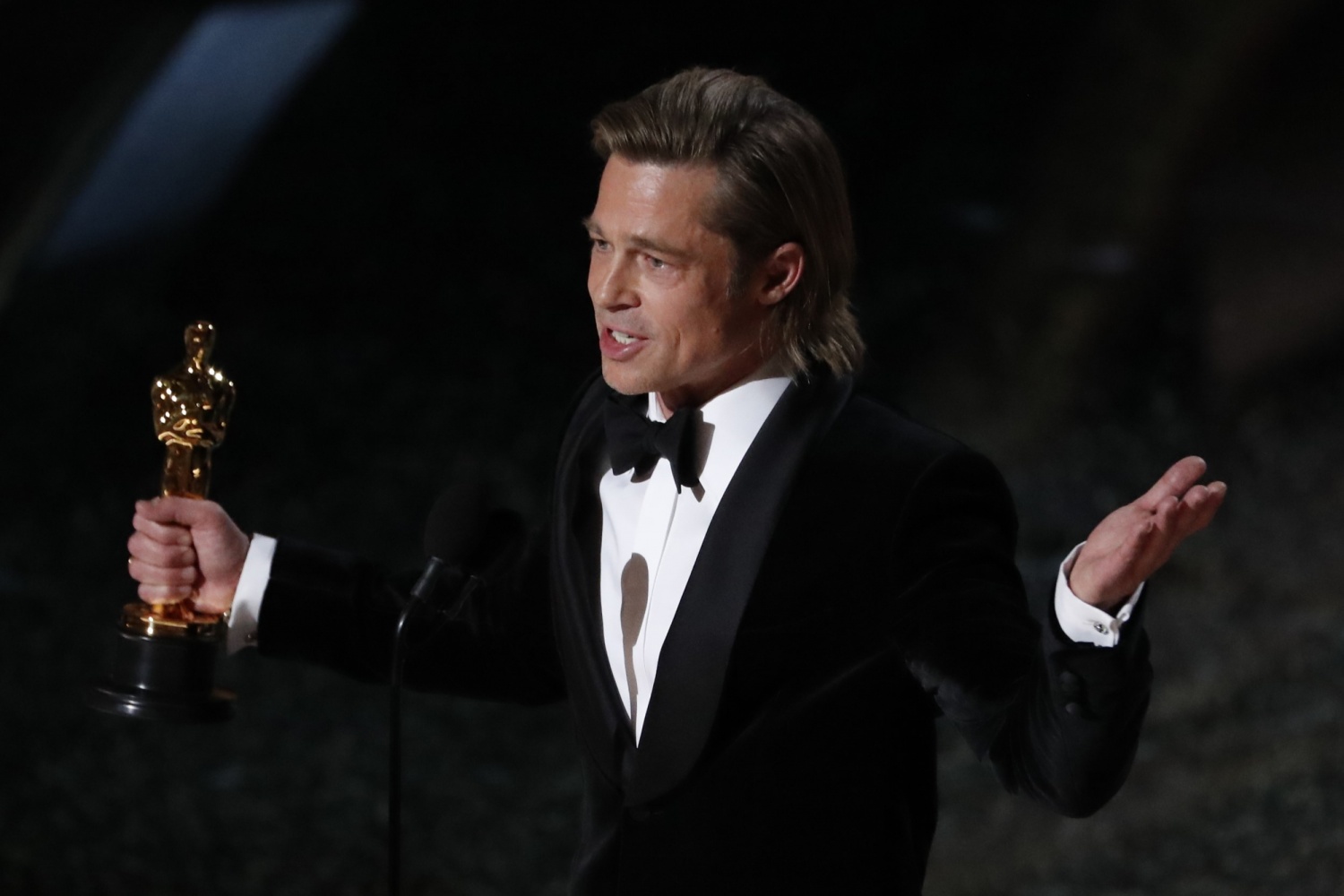 Ever since Hollywood A-listers Brad Pitt and Jennifer Aniston got reunited and photographed at the backstage of the 26th Screen Actors Guild Awards last January, rumor has it that the ex-couple has rekindled their romance and just being discreet about it.

But it looks like the Brad-Jenn shippers' hearts will be broken once again as the 56-year-old actor was recently spotted spending time with a mystery woman in Los Angeles.

According to reports, the "Once Upon a Time In Hollywood" actor was seen enjoying a few drinks with an unknown woman in The Wiltern bar. The duo is said to be in attendance to see the performance of the band Thundercat.

Based on the photo obtained by TMZ, Brad Pitt is easily recognizable with his movie-star look while sporting a fedora hat and shirt. Meanwhile, the mystery girl's face could barely be seen in the photo, and the only clue is that she is wearing a beanie. A source said that the mystery woman took off her beanie, revealing her short hair.

While there was no PDA involved, eyewitnesses said that Brad arrived in the venue with the unknown lady, and they sat beside each other throughout the show.

Later on, TMZ revealed that they have already identified the mystery woman, and it was Alia Shawkat.

Who is Alia Shawkat?

Alia is a 30-year-old television and movie actress who has been in the industry for over 20 years now. She appeared in both original and reboot version of the series "Arrested Development" and was also seen in other TV shows like "Without a Trace and Transparent."

Her performance as Maeby Fünke at "Arrested Development" earned her a Young Artist Award for Best Performance in a TV Series (Comedy or Drama) Supporting Young Actress in 2005.

Alia is an openly bisexual actress, admitting it through an interview with Out Magazine back in May 2017. She explained that she remembers growing up as a tomboy and had the confusion at the age of 10.

"Now I consider myself bisexual, and I think balancing my male and female energies has been a big part of me growing as an actor," Alia said.

It is not the first time that Brad Pitt was romantically linked to Alia. They first sparked dating rumors back in 2019 when they were spotted in multiple events together.

In October 2019, Brad and Alia were seen at Mike Birbiglia's comedy show. The following month, they were also seen attending an exhibit show together at Wilding Cran Gallery in Los Angeles. The duo also attended Kanye West's opera called Nebuchadnezzar.

In November, multiple sources crushed the dating rumors and said that Brad and Alia were only good friends.

"They have spent time together and have similar interests, but that's the extent of it," a source told E! News. "They are not a couple, and there's nothing romantic going on."

The source explained that Brad enjoys being social with his friends from all walks of life.