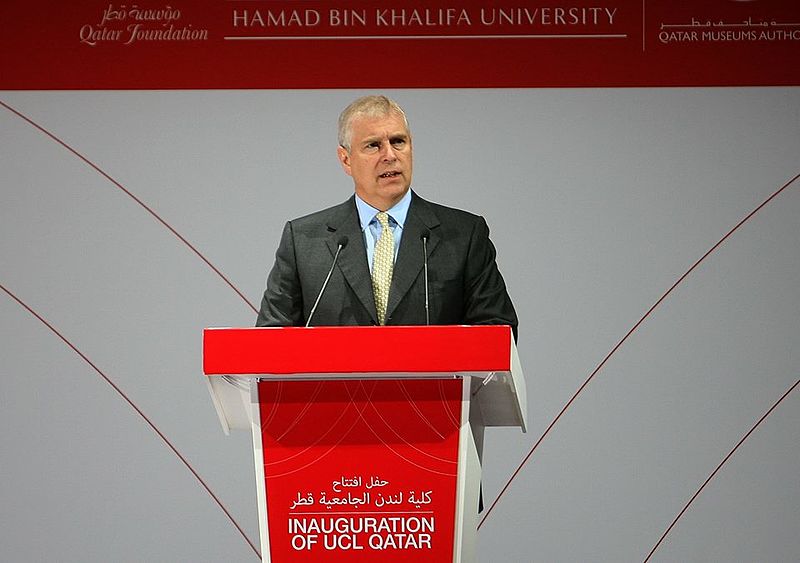 Caroline Kauffman was only 17 when the alleged rape happened. The 26-year old told The Sun that she was raped by billionaire pedophile and convicted sex offender Jeffrey Epstein in his home in New York.

Apparently, Kauffman went there believing it was a casting call for a modeling job.

The Monster That He Was

"I'm coming forward now to let the world know how much of a monster Epstein was," Kauffman said in an interview with The Sun.

Caroline said that a 16-year-old woman she met at a horse show recruited her for the modeling job. The alleged rape took place in December 2010, two years after Epstein's first conviction for sex trafficking. Coincidentally, Prince Andrew was photographed with the convicted pedophile walking around Central Park around that time.

The accuser claimed that she was too terrified to leave the mansion at the Upper East Side that she ended up becoming a guest at a "royal party" thrown in the honor of Prince Andrew. She claimed that the Duke of York approached her during the event.

Caroline's claims, however, did not reveal any wrongdoing in Prince Andrew's party. She merely claimed that he was "into her" until he was not when she told him that she was only 17.

Later that night at the same party, Jeffrey Epstein's victim claimed that she was led into a back room by an unidentified guest who forced her to engage in oral sex.

Kauffman now hopes that her coming forward would encourage other victims to do the same. "If they have ever been abused or experienced trauma, they should come forward and talk about it. They should get proper care for it," Kauffman said.

Caroline is represented in court by Spencer Kuvin, the same lawyer handling the case of three other alleged victims of Epstein.

"I have verified two potential witnesses. One is a relative and the other one is a non-relative, but both can place her at the time and location she claimed in her accusation," Kuvin revealed.

"I believe she is credible 100 percent."

Kuvin also revealed that he has already found a co-counsel for the case and that they plan to file the lawsuit in New York in the coming weeks. Caroline is also prepared to come forward to cooperate with the prosecutors investigating the co-conspirators of Epstein.

Epstein and The Prince

Epstein was convicted of child sex crimes in 2008, but a "sweetheart deal" with the prosecutors then only had him serve 13 months in jail. He was arrested again in 2019 and charged with a thick file of sex trafficking offenses. However, he died in his cell in August to what authorities ruled as suicide.

Prince Andrew has been in hot water since his BBC interview about his friendship with the disgraced financier. Though his intent was to clarify his name and his association with Epstein, his lack of remorse from the victims of Epstein was what made things worse.

It got so bad that the royal had to take a step back from his royal life. Since then, his absence from the royal events has been notable. His situation only got worse when he refused to cooperate with the invesitgation of the FBI.

Buckingham Palace continues to deny all allegations thrown at Prince Andrew. In a statement they released last year, the Palace said, "Any suggestion of impropriety with underage minors is categorically untrue."