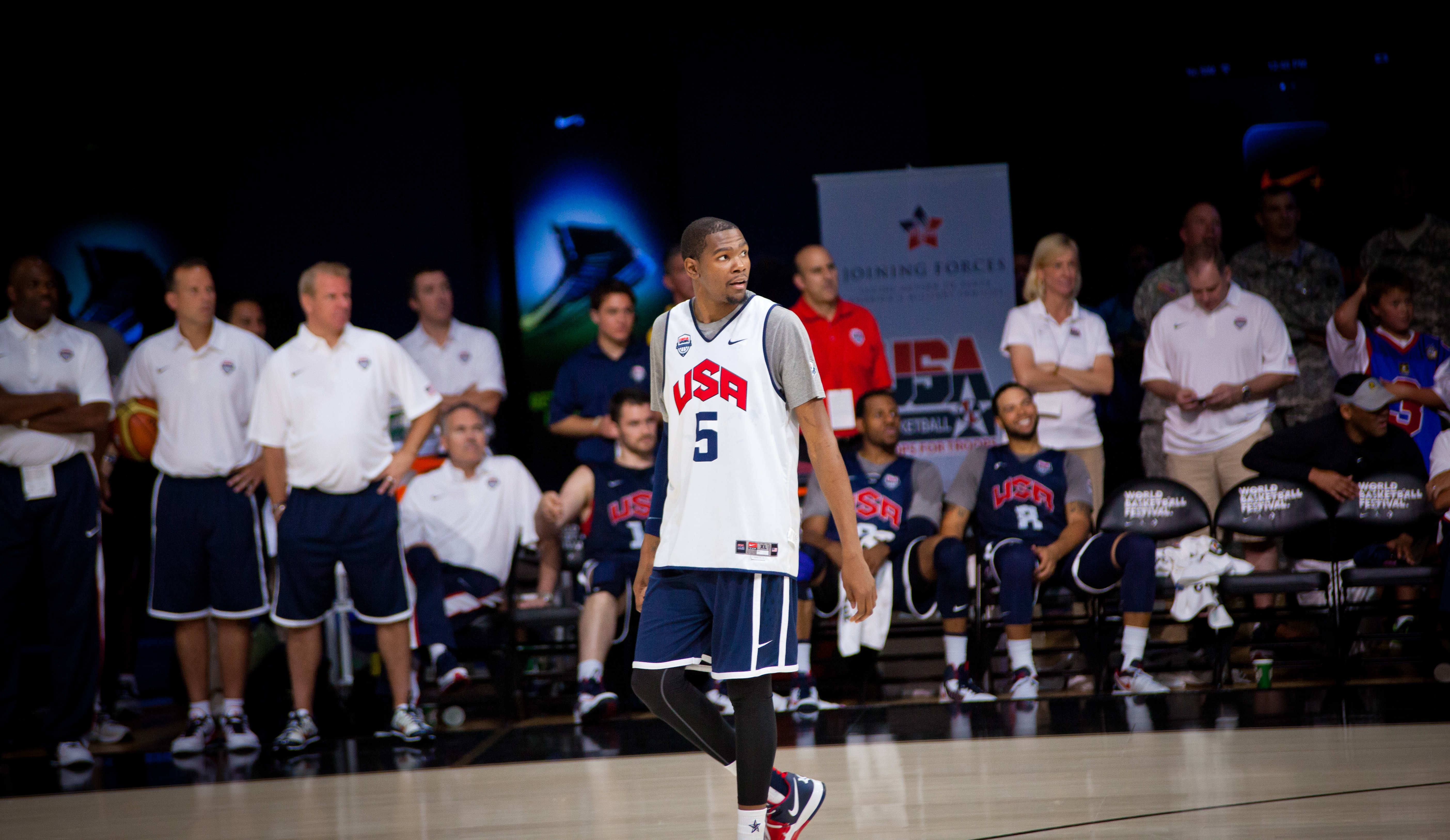 Four players from Brooklyn Nets, including Kevin Durant, have been tested positive for the coronavirus, bringing the total number of cases in the NBA to seven.

The report said that the NBA superstar informed The Athletic and Stadium, a multi-platform sports network, about his current condition.  Through Charania, the 31-year-old athlete sent a message to his fans and warned the public about the pandemic before reassuring that he is doing okay.

"Everyone be careful, take care of yourself and quarantine. We're going to get through this," Durant said.

The organization publicized the announcement through a press release on Tuesday afternoon that only one player among four Brooklyn Nets stars is exhibiting symptoms, while the remaining three are asymptomatic.

"All four players are presently isolated and under the care of team physicians," the statement revealed. "The health of our players and staff is of the highest priority to the organization and the team is doing everything within its power to ensure that those affected receive the best care possible."

In addition, the Nets will trace the people who may have been exposed to the players who got positive results. Since March 3, Brooklyn played against the Boston Celtics, Memphis Grizzlies, San Antonio Spurs, Chicago Bulls, and Los Angeles Lakers.

Warriors head coach Steve Kerr informed Anthony Slater of The Athletic that he is not sure if his team had contact with Durant or any Nets players the night before their postponed game.

The names of the other infected players were not included in the team release, but they followed the list of other tested positive players such as Utah Jazz center Rudy Gobert and Donovan Mitchell and Detroit Pistons big man Christian Wood.

No NBA This Year?

Since the emergence of Gobert's case and symptoms, the NBA canceled its operations and suspended the 2019-2020 season since March 12.

Per the command of Commissioner Adam Silver, with approval from the Board of Governors, he suspended the league for 30 days, but that break might be extended.

However, the league still hopes to resume its operations in mid-to-late June once the number of cases decrease.

The decision came after the Centers for Disease Control and Prevention announced and recommended on Sunday that there should be no public gatherings of 50 or more people for at least eight weeks,

On Tuesday, even New York Governor Andrew Cuomo instructed the indefinite closure of most of the city's public establishments.

New York City Mayor Bill de Blasio also warned residents that a "shelter in place" order is likely to be pushed through within the next 48 hours.

What The Public Said About This

Due to the ballooning number of celebrities and athletes who are getting the virus, fans shared their concerns online.

One fan said, "WTF LAKERS JUST PLAYED THEM PROTECT LEBRON AT ALL COSTS."

"As someone who has been in contant with a Brooklyn Net in the past 2 weeks, I would very much appreciate if the Nets released those names," another one wrote.

(Tim Shelby from Arlington, VA, US / CC BY (https://creativecommons.org/licenses/by/2.0))