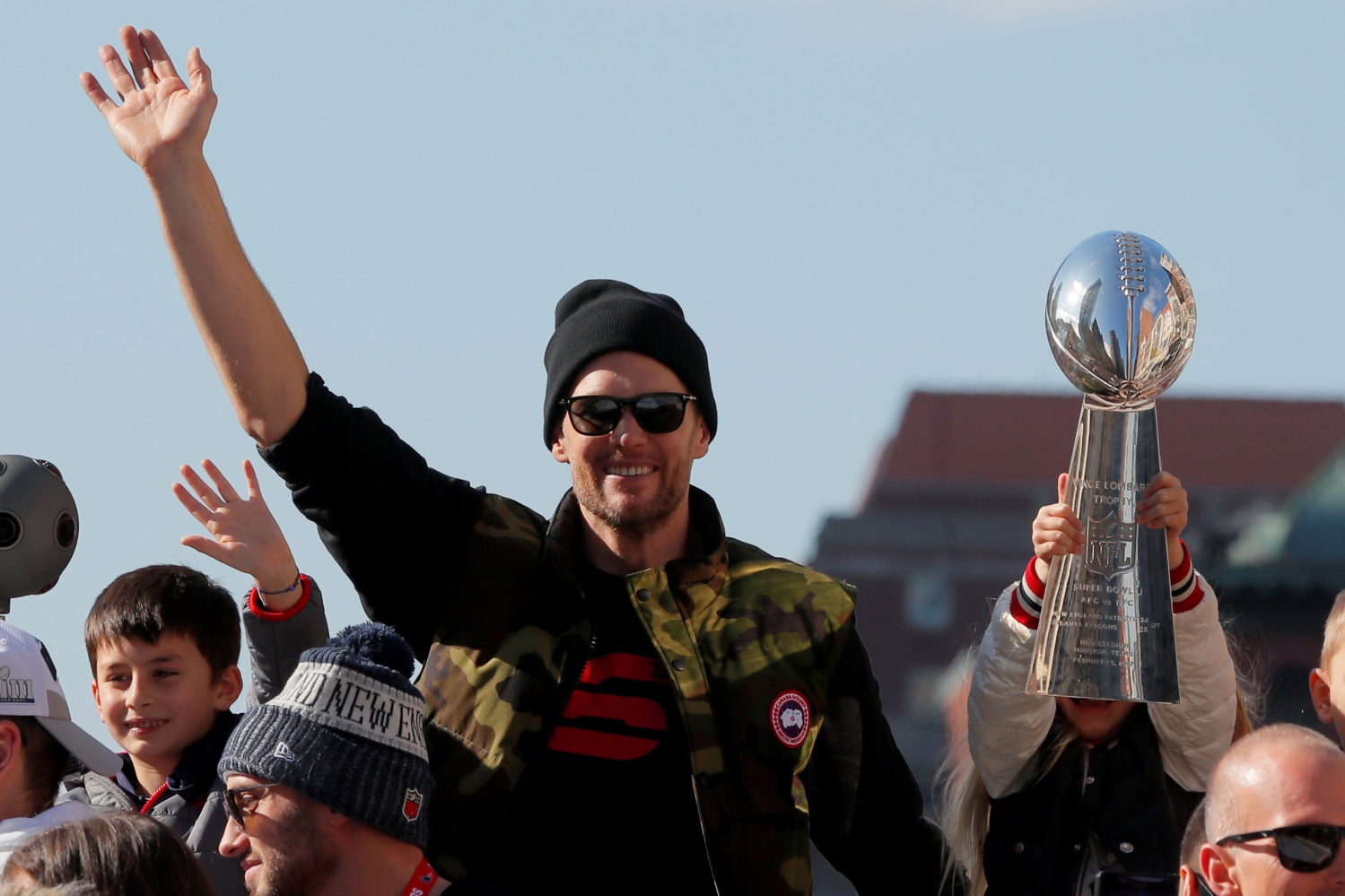 Aside from coronavirus updates, Tom Brady leaving the New England Patriots was another big news on Tuesday.

After 20 seasons and a record six Super Bowl titles, the 42-year-old posted an emotional message on his Twitter and Instagram paying tribute to everyone he has worked with over the past years. He also declared his undying love for Pats fans.

"Although my football journey will take me elsewhere, I appreciate everything that we have achieved and am grateful for our incredible team accomplishments."

Patriots team owner Robert Kraft was reportedly disappointed with Brady's plan to leave the team. While the two had a conversation on Monday night, Kraft admitted Brady's decision was not what he had hoped for.

"It's not the way I want it to end, but I want him to do what is in his best personal interest. I love him like a son," Kraft admitted.

Brady's future with the Patriots was a mystery most of the 2019 season, but the owner appeared to be willing to let the quarterback test free agency since it would be the first time in his career to do so.

In a report by NFL Network, Kraft was also willing to let Brady explore other options before potentially returning to the New England Patriots. It was also reported that the team wanted to see if any other team would offer Brady a higher deal, which would lead them to either negotiate with Brady or move on.

The real reason why Tom Brady is leaving the Patriots may be because of an offer which was presented to him last week.

Dale Arnold of WEEI reported that a potential contract offer leaked which indicated he was being offered a one-year contract for less than what he made last year in a less than a productive conversation with coach Bill Belichick.

"This is what I was told happened: There was a phone call between Bill Belichick and Tom Brady. There was no negotiation. There wasn't a 'we will offer you a two-year deal at x number of dollars.'"

Arnold continued that the Pats told Brady that all they can do is a one-year deal at less money than he made last year because the $13.5 million gets tacked onto the salary cap.

"'What we're going to be able to do here, Tom, is a one-year deal, but it's not going to be for as much money as you got last year,'" Arnold reported.

Tom Brady Moving on to the Tampa Bay Buccaneers

The NFL Network Insider reported on Monday that Brady was sent offers from the Los Angeles Chargers and Tampa Bay Buccaneers.

According to senior NFL insider Adam Schefter, Brady will be signing with Tampa Bay, though there is no signing date yet. However, Schefter noted that "Brady is expected to be a Buccaneer."

It was reported that Tampa's offer is roughly $30 million annually and that the team is confident that they will be landing him.