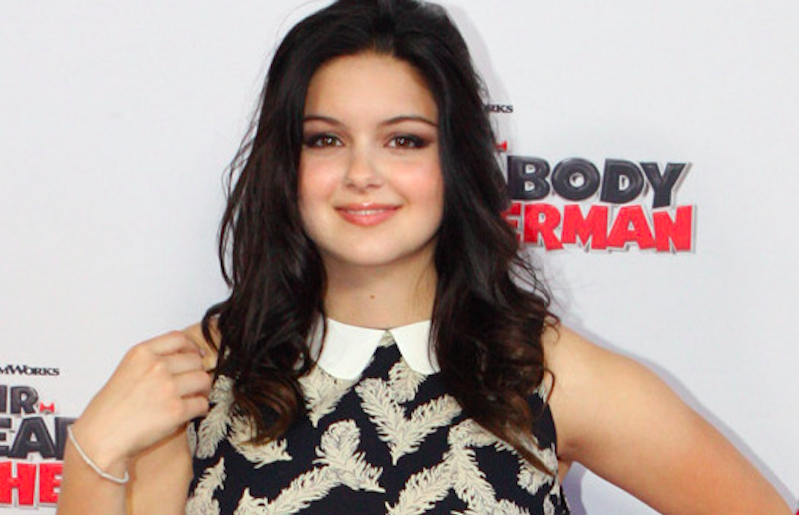 Some people choose to relax and chill out while quarantining at home. Then there are people like Ariel Winter, who found a unique way to entertain herself amid the coronavirus pandemic.

The "Modern Family" actress is doing a bit of spring cleaning, but it's not similar to how non-famous people do it.

Winter shared videos of herself cleaning her California home. She captioned the post, "Quarantine cleaning unearths things you hate as well as great ideas for entertainment."

In the first clip, Winter's friend, Joe Kaprielian, asked her, "Are you ready?" To which Winter answered, "Yeah," and then Kaprielian threw an old cardboard cutout of the actress her way, which the actor immediately hit with a bat.

In the second video, she continued to do the same with a resounding crack of the bat.

While on the third, Ariel Winter and her friend took to the staircase, where he tossed the cardboard cutout down to Winter, and she then hit it with a bat.

According to Adrienne Frantz, who commented on the star's video, the cutout is actually from Winter's 21st birthday party.

It seems like Winter isn't only keeping herself busy cleaning up her home.

Ariel Winter and her boyfriend, 24-year-old Luke Benward, are reportedly spending the quarantine together.

A source close to the couple dished out to Hollywood Life that this time is bringing the couple closer together.

"Ariel and Luke have spent so much time together these past few months, so it was a natural decision for them to quarantine together," says the source.

"If anything, this situation is only bringing them closer and giving them a glimpse of what life would be like if they lived together."

The two are reportedly close friends before moving their relationship to the next level.

"The fact that they have been close friends for years allowed them to build a connection on more than physical attraction, so they truly have a blast whenever they're together."

The source added that both Winter and Benward know the seriousness of staying indoors and that they're both doing their part to try and make the best of it by entertaining themselves with playing games, playing with their dogs, singing songs, and many more.

Another source told Hollywood Life that the couple is "pretty much inseparable" and that they are definitely "long-term" potential in their relationship, as Luke makes Ariel Winter happy.

Once the quarantine period ends, Luke Benward will have more time with Ariel Winter because "Modern Family" is ending.

The eleventh season is reportedly the last season, according to Karey Burke, president of ABC Entertainment.

"In its final season, there will be more milestone events that anyone has been a fan of the series won't want to miss."

The show will reportedly end because, though it continued to be a strong rating player for the network, they weren't as high as they once were.

According to Deadline, though the cast and crew of "Modern Family" were happy to go on with the show, as were producers and the network, it just felt like "It's just time" that it ended.