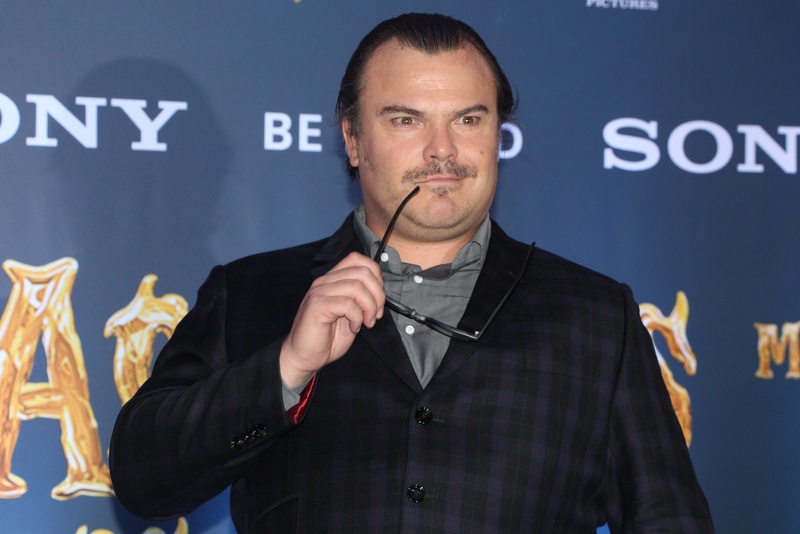 Jack Black is one of the recent A-list celebrities to join the popular social media platform TikTok, and frankly, that is one of the best things to ever happen amid the coronavirus pandemic.

Black, just like the rest of us, is also in self-quarantine and social distancing, but that doesn't mean he's sitting at home doing nothing.

The hilarious actor made quite a debut on TikTok with nothing but black shorts, a cowboy hat, and cowboy boots.

The father-of-two performed a semi-nude "Quarantine Dance," intending to lift the spirits of those who are alone during this pandemic.

In his performance, Black shows off every part of his arsenal. He showed off the agility, the goofiness, the faux-klutziness and then his show-stopper moves such as pirouettes, kicks, and squats that someone of his size shouldn't be able to pull off.

Black finished off his performance by putting his face right into the camera at the end of the video and then stick his tongue out.

In the caption, the "School of Rock" actor made sure to give credit to his editor, Taylor Stephens.

His morale-boosting dance moves garnered him 2 million views and topped more than 300,000 likes since Monday.

The "Jumanji" star had numerous comments, with one user saying, "A new dance trend is born."

Some comments thanked him for finally joining the platform, "Most excited, I've been to see a celebrity join TikTok yet."

Another user wrote, "I would say that Jack Black has gotten as stir crazy as the rest of us, but I'm pretty sure this is just a normal Tuesday for him."

The adorkable nature of his video earned him praise from other celebrities such as Justin Long, Nick Offerman, and Jimmy Fallon.

Long commented, "Literally just spent the last 10 minutes watching this on a loop. That's like a solid 4 or 5 non-quarantine minutes."

Retired NBA star took to Twitter to express that Jack Black is a "coronavirus silver-lining."

Jack Black isn't the first of the many celebrity videos to entertain people around the globe.

Aside from Black's good intentions, he also reportedly ditched meat to support his health and help fight climate change.

The "Tenacious D" star has pledged to stop eating meat as part of the "My Eco Resolution" initiative.

In a video he posted recently, the comedian revealed that though he would still eat a cheeseburger, he assured his fans that it's going to be a "scientifically delicious veggie burger."

He also urged people to ask for the climate, posing a question on his Twitter, "What pledge will you take for our planet?"

Eco Resolution was founded by supermodel-turned-actress Cara Delevigne and Advaya with a mission to empower people globally to take action in the face of the growing climate and ecological crises.

In another interview, Black encouraged his fans to consider the vegan lifestyle, since "vegans are better for the environment."