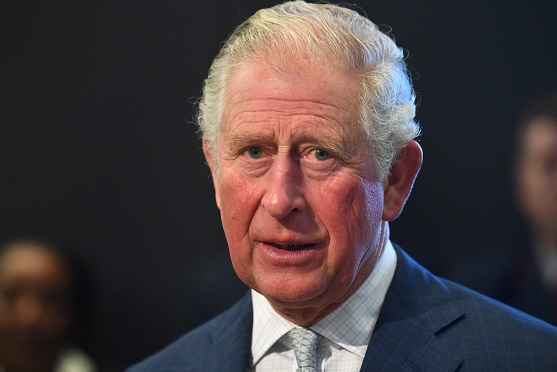 A week after the Palace admitted that Prince Charles contracted the dreaded coronavirus, the 71-year-old heir to the throne finally speaks up about how he feels.

The Prince of Wales admitted that he felt frustrated and anxious while on quarantine. He was worried about his health, his family, and the survival of the royal family.

In his first message to the public after being diagnosed with the coronavirus, Prince Charles sent out a message of solidarity for everyone who has been affected by the coronavirus pandemic.

"Having recently gone through the process of contracting the coronavirus -- luckily with relatively mild symptoms -- I now find myself on the other side of the illness but still in no less a state of social distance and general isolation," the Prince of Wales said in a video message.

View this post on Instagram
As Patron of Age UK, The Prince of Wales shares a message on the coronavirus pandemic and its effect on the older members of the community. A post shared by  Clarence House (@clarencehouse) on Apr 1, 2020 at 4:50am PDT

The video was shared through the Clarence House Instagram page on Wednesday, April 1. Prince Charles looked strong and healthy as he delivered his statement in the four-minute video. He continued on to talk about his realizations of the big changes that go on in the world every day.

"As we are all learning, this is a strange, frustrating, and often distressing experience, when the presence of family and friends is no longer possible and the normal structures of life are suddenly removed," the Duke of Cornwall continued.

"At such an unprecedented and anxious time in all our lives, my wife and I are thinking particularly of all those who have lost their loved ones in such very difficult and abnormal circumstances, and of those having to endure sickness, isolation, and loneliness."

When Clarence House confirmed on March 25 that Prince Charles has contracted the virus, they re-assured the public that his wife Camilla did not have the virus. The two have been self-isolating themselves in observance of the government's mandate.

The Prince of Wales and his 72-year old wife are considered as high risk for contracting the virus because of their age.

In his message to the public a day after he was confirmed to have contracted the virus, Charles expressed his gratitude to those who wished him well.

In his most recent message, the prince reminded the people of the United Kingdom to stay positive amid the world health crisis.

"As a nation, we are faced by a profoundly challenging situation, which we are too aware of threatens the livelihoods, businesses, and welfare of millions of our fellow citizens," Charles said in conclusion.

"None of us can say when this will end, but end it will. Until it does, let us try and live with hope and - with faith in ourselves and each other - look forward to better times to come."

While Prince Charles is keeping a positive outlook beyond all these, his children, Prince William and Prince Harry could not help but worry about him and his overall health. The two have reportedly been very emotional during their heartbreaking phone calls to check on each other.