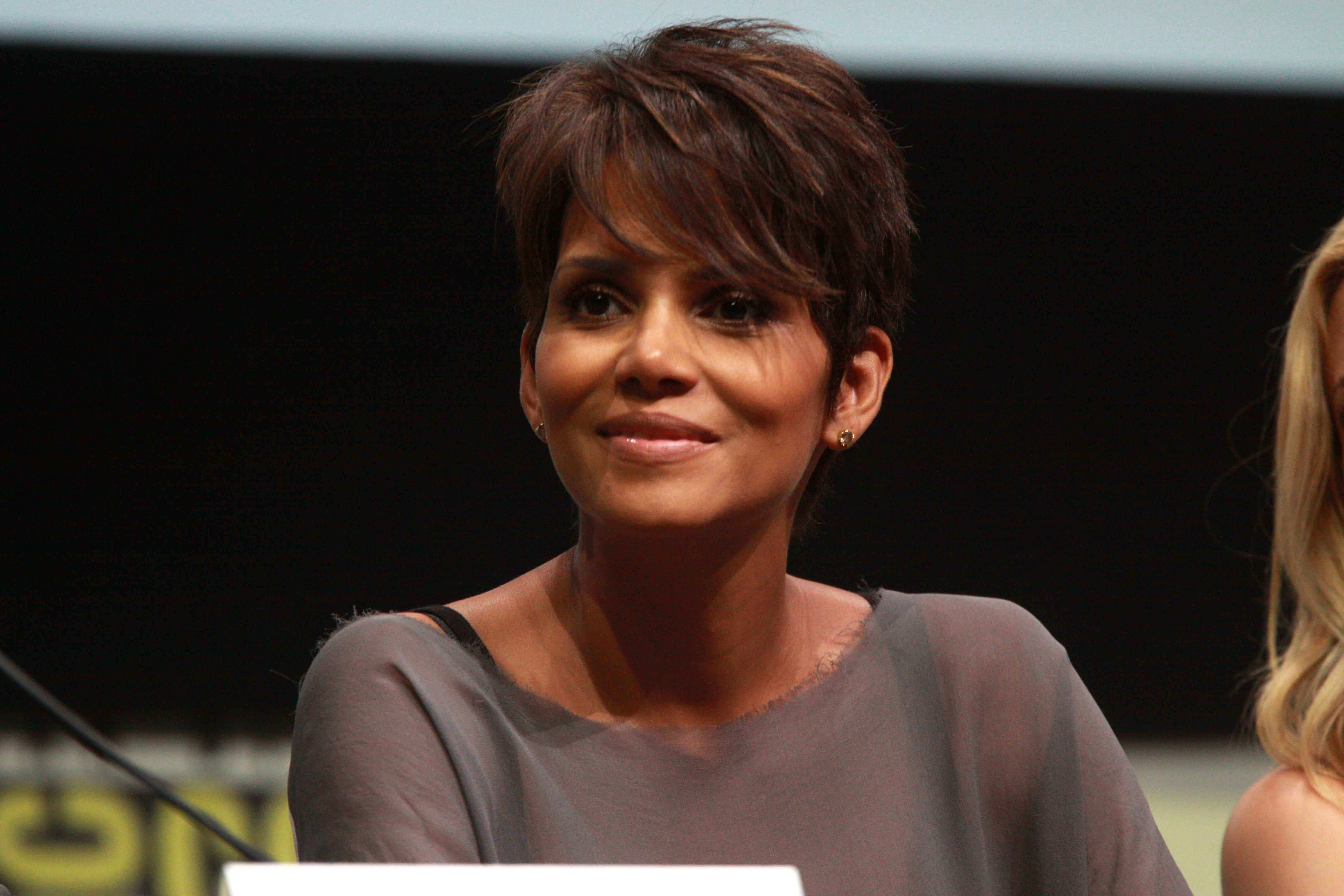 These days, the Internet is being utilized as the primary source of information and entertainment since more than half of the population across the world are confined in the four corners of their homes due to the ongoing pandemic.

Hollywood stars use their influence to spread awareness and also their massive social media followings to help charities, as well as to entertain fans by launching free live-streaming or viral Tiktok videos.

In her Instagram video, Maceo could be seen sporting a cozy pair of blue flannel pajamas as he walked inside their house wearing what seemed to be her mom's mid-calf white boots.

Although some fans thought it was hilarious, others are a bit skeptical and find it quite odd.

One user replied to the video and said, "That's how it starts," while the other one commented, "My son never played in heels."

Another user even wished it was the "Catwoman" star's daughter, Nahla who is 12-years-old instead of Maceo.

Despite netizens mom-shaming the actress, Halle kept her cool and responded graciously.

The mom-of-two also encouraged everyone to "have a laugh and some compassion" most especially in this kind of situation.

In her May 2019 interview with Today's Show, the Ohio born actress revealed why she rarely post photos of her kids on social media.

"I just don't want to plaster them all over the internet. That just doesn't feel right for me. That's gonna be their life when they grow up, and they will choose when that starts."

She also pointed out the importance of their privacy and safety issue of her two kids.

After the mom-shaming incident, it is safe to say that Halle did the right thing to protect them as long as she can.

The 53-year-old star shares Maceo with her ex-husband Olivier Martinez and shares Nahla with her ex and Canadian model Gabriel Aubry.

On a lighter note, the "John Wick 3" star opened up on how motherhood has changed her and how pregnancy is such a powerful experience.

"Being a mom is the best job, but my kids don't care about who I am outside of this house," she shared with InStyle Magazine.

She also mentioned how her son would call out her full name in public as he watched the reaction of the people around them.

The actress who became pregnant at the age of 40, confessed that she felt the "sexiest" during both of her pregnancy.

"Knowing that someone would always be counting on me made me a better person. I'm more focused and in line with my values and my goals. I stopped letting negativity get me down."

Based on her IG, the Golden Globe Award winner spent her social distancing productively by reading books, doing self-care and treating her fans with her version of what she calls  #FitnessFriday Quarantine Edition.