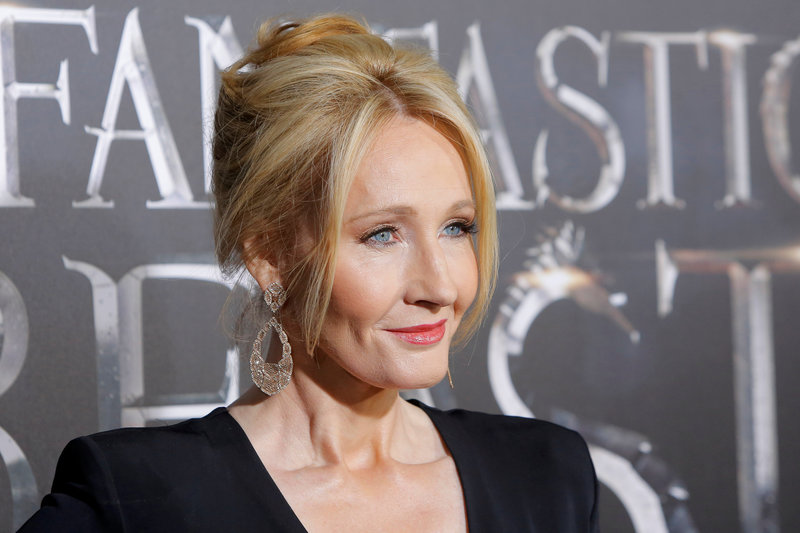 Billionaire author J.K Rowling revealed she suffered from the symptoms of the dreaded coronavirus.

The British novelist opened up about how she struggled with COVID-19 symptoms despite not being formally tested.

Rowling took to Twitter to confess that she experienced all of the coronavirus symptoms over the past two weeks, including respiratory problems.

According to the Centers for Disease Control and Prevention (CDC), there are three main symptoms of coronavirus: fever, dry cough and shortness of breath.

However, CDC advised seeking immediate medication if the suspected patient experienced the following: trouble in breathing, persistent pain or pressure in the chest, new confusion or inability to arouse, and having bluish lips or face.

On the other hand, Rowling -- who gained popularity for creating the much-loved Harry Potter series -- confirmed that she is now "fully recovered" after she took the advice of her Scottish doctor husband, Neil Murray.

Aside from her husband's advice, the 54-year-old critically acclaimed author also learned a technique that helped her beat COVID-19 symptoms -- a technique which she openly shared after overcoming the virus.

Please watch this doc from Queens Hospital explain how to relieve respiratory symptoms. For last 2 weeks I've had all symptoms of C19 (tho haven't been tested) & did this on doc husband's advice. I'm fully recovered & technique helped a lot.https://t.co/xo8AansUvc via @YouTube — J.K. Rowling (@jk_rowling) April 6, 2020

"Please watch this doc from Queens Hospital explain how to relieve respiratory symptoms. For the last 2 weeks, I've had all symptoms of C19 (tho haven't been tested) & did this on doc husband's advice. I'm fully recovered & technique helped a lot," Rowling wrote on Twitter.

In the video, a U.K hospital doctor suggested a vital breathing technique that will help alleviate respiratory problems. He advised to undergo two sets of five deep breaths, and on the sixth breath, the individual must take a "big cough" while covering the mouth. This will help open up the throat and lungs.

Following this, the said doctor urged the viewers to practice the method while facing down with a pillow and taking deep breaths for 10 minutes.

One online user replied: "I've had #COVID19 and have severe asthma. I have done daily exercises like this for over 30 years and really credit them for my recovery."

Another one wrote: "Thanks for sharing the video. I think it will help a lot of people. Get well soon, we need you."

The "Harry Potter" author was overwhelmed by the support of her fans and wished her followers to stay safe and healthy amid the pandemic.

Aside from the British author, other prominent U.K personalities who were diagnosed with COVID-19 is the heir to the throne Prince Charles. However, he was reported to have been out of self-isolation after being quarantined for seven days at his Birkhall home on the royal Balmoral estate.

British Prime Minister Boris Johnson has also tested positive for coronavirus but unlike the Prince of Wales, the PM's condition is believed to be getting worse after it was reported that he was transferred to the Intensive Care Unit (ICU).

READ MORE: Donald Trump Reacts To Queen Elizabeth's Speech in a Surprising Manner: 'What a Woman!'